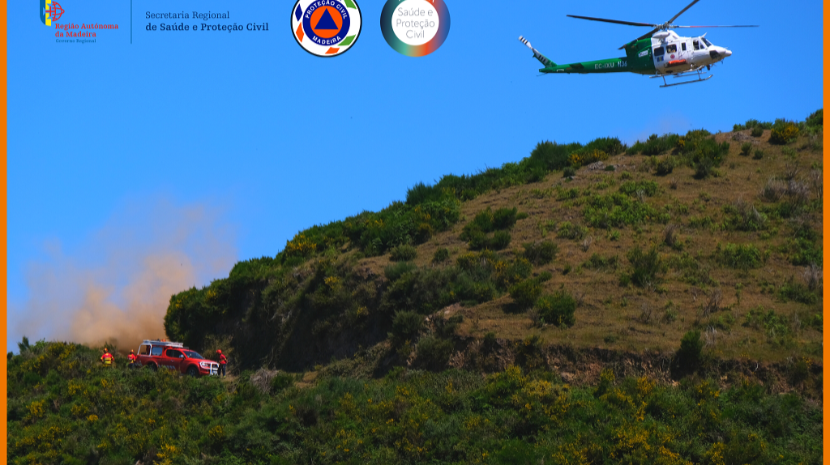 In a press release, the Regional Civil Protection Service, IP-RAM confirmed that their firefighting helicopter and firefighting teams have travelled 209,302 km in POCIR 2022 activities in a six-month period.

The POCIR – Operational Plan for Fighting Rural Fires, is implemented every year during the summer, with the purpose of “guaranteeing the coordination and intervention of the various civil protection agents, including safety teams from the bombeiros of Madeira Island, the Institute of Forests and Nature Conservation, the Republican National Guard – URE And the Armed Forces – Army, and in a ‘security’ aspect, the Public Security Police, who work alongside other fire prevention bodies and institutions.”

This year, POCIR came into effect from the 15th of June to the 30th of November, where through surveillance, patrolling and first intervention, “about 11,695 operational workers traveled 209,302 km, in the prevention of rural fires.

There were about 3,448 Rural Fire Fighting Teams, which operate throughout the various municipalities of the Autonomous Region of Madeira, assisted by a Light Fire Fighting Vehicle (VLCI) with extinguishing equipment, assessment material, as well as registration material including tablets, weather station, GPS, binoculars, as well as radio for transmission of data to the Liaison Officer, which is in the Regional Relief Operations Command, who are also responsible for the activation of the aircrew and helicopter, in order to ensure an effective and efficient response to rural fire situations or provide a ground level assessment of ‘at risk’ areas.