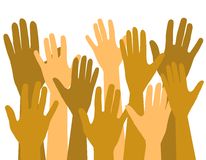 Madeira has actually 110 persons listed as homeless in the Region. 20 of them tested positive for Covid in the last three months, and these are only the ones which were found.

It’s a pity, really. In the beginning of the Pandemic, the homeless were right away classified as endangered group, and the “Workers’ Pavilion” in Funchal was provided to them to have tests (at the time, PCR) and a safe place to sleep. The deal was, that they would get a tested there and if negative, they could sleep there – away from danger – and be given meals, a shower and beds. The hitch: Once there were cleared, they had to stay in the facility, somewhat under control.

Like anywhere else, this group is beset with problems, ranging from alcoholism, psychological problems and drug use. In Portugal, the latter is seen as a disease so the Health Department is doing its best to get them into therapy and offer them an alternative life style.

(Recently I heard from a woman whose son is on drugs, that a dose of “Bloom” can be had for as little as 5€ a day. How can you fight against that?)

The homeless, even if they bicker and fight over clothes, their dogs and everything under the sun, are a close-knit group and don’t adhere to the hygiene and safety regulations.  So, the City Hall managed to keep them Covid-free for a long time; this is now over.