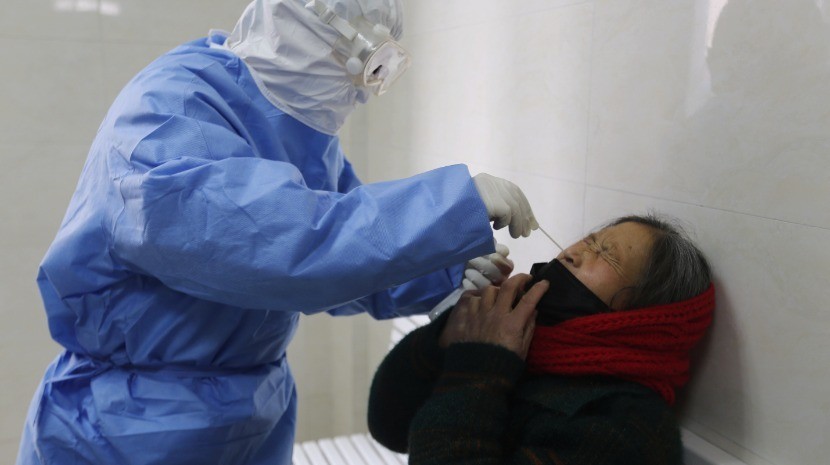 WHO Do You Think You’re Talking To?

Chinese relatives of the first victims of Covid-19 are being pressurised by the Chinese authorities into not talking to any World Health Organisation (WHO) researchers who are currently in Wuhan as part of an investigation into the origin of the SARS-CoV-2 virus.

After two weeks in quarantine, the twelve experts are preparing to begin their investigation on Thursday, while in the meantime, Beijing is vigorously promoting the idea that the cause of the pandemic did not start in China.

Relatives of the victims have accused the Communist regime of trying to dissuade them from approaching international experts. Families met last year to demand compensation from local authorities, who minimised and covered up information about the epidemic, even punishing the first doctors who warned of the disease for scaremongering. Moreover, several families have tried to take their cases to court, only to have their claims dismissed.

Since the arrival of WHO experts, pressure from the authorities has increased. Nearly a hundred relatives of the victims exchanged messages in the WeChat instant messaging application, but the discussion group was blocked ten days ago, revealed Zhang Hai, one of those responsible for the movement.  As such, their actions shows that the authorities are very nervous. They fear that many of the families of the deceased will contact WHO experts, said the 51-year-old man, whose father died earlier this year.  As soon as the WHO investigation team arrived in Wuhan, the WeChat group was blocked. As a result, we have lost contact with many of our members.” Like other social networks in China, WeChat, is run by internet giant Tencent, who regularly block content deemed sensitive by authorities.

The pandemic officially killed 3,900 people in Wuhan, the vast majority of the total deaths in China. The country managed to contain the pandemic in the spring, although some cases have emerged in recent weeks in other regions. With less than 90,000 patients, according to official data, China remains a far cry from the balance sheets recorded in the rest of the world, which totals more than 100 million infected.

Many of the victims’ relatives say they doubt these numbers, saying that many deaths occurred before they could be formally identified as suffering from the coronavirus. A retiree, who believes her daughter was a victim of the virus in January 2020, told Agency France-Presse (AFP) she was summoned last week by authorities, who ordered her not to “speak to the press.” After that,” she said “they came to my house and gave me 5,000 yuan (640 euros) in compensation.”

When questioned by AFP, the Wuhan government did not respond to questions related to the families’ requests. Zhang Hai asked WHO experts to “have the courage” to meet with families”, saying he feared that they would be deceived by the authorities or restricted during their investigation. According to Zhang, the testimony of families about the explosion of the virus in Wuhan may serve to clarify the situation for international investigators, while Beijing refuses to assume responsibility.

According to the first statements issued by Chinese researchers in early 2020, the virus was transmitted by a bat to another animal, before being transmitted to humans. The contamination would have occurred in a market in Wuhan where wild animals, including Pangolins (scaly anteater), are sold live. Another theory, spread in particular by former President of the United States, Donald Trump, blames the virus on a leak from Wuhan’s virology laboratory.

It is not clear whether international experts will have access to this laboratory during their stay in Wuhan.