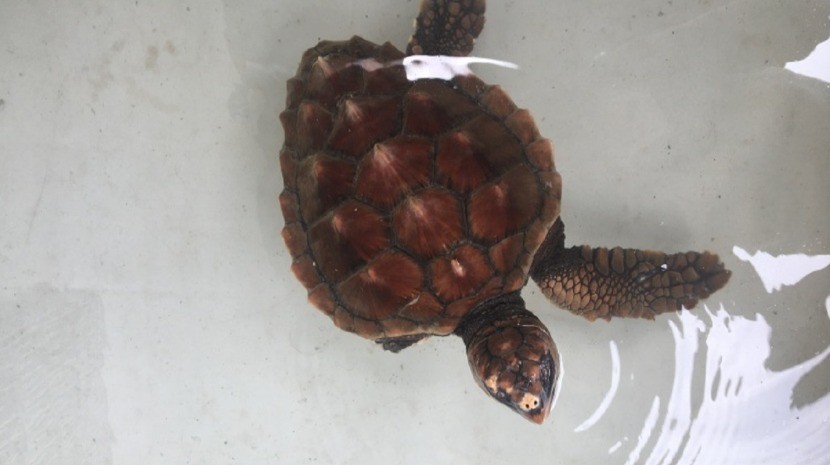 The ‘Tartaruga’ project research group at the University of Madeira (UMa), is currently treating two sick females turtles in the hope that they can be returned to the wild. Although the group, which has been active since 1994, main objective is research and observation of sea turtles, they have issued a statement saying that they naturally assist any injured or distressed turtles brought to them, especially those who are rescued by the Maritime Police,  GNR or by the Arrojamentos Network of the Autonomous Region of Madeira.

However, says Filipa Duarte, a Biology graduate who is studying for his Masters in Conservation Biology, there are two turtles currently being treated: these are a Humpback and a Caravel. Both have received veterinary help, but one will need further medical examinations and the project does not have the funds to pay for its treatment.  They also state that they already owe €150 for the treatment of a third turtle they named ‘Maria Manuela,’ who has been returned to the wild. Maria Manuela was found with suspected pneumonia, unable to swim, dive and was blind in one eye. She was treated with antibiotics and released into the wild last November.

The sea around Madeira is a popular habitat for turtles and every year, through no fault of their own many are rescued having become old, sick or injured with many becoming entangled in cables and fishing lines. Unfortunately, the cables wrap round the creatures fins and as they struggle to loosen the bonds they in fact become tighter, cutting off blood supplies to the affected areas which leads to limb loss.

As funds are in short supply, the project as that if you are able to help in any way, please visit the UMa’s website http://ppl.pt/causas/tartaruga.

The turtle fundraising campaign started on the 15th of July and ends on the 3rd of August.