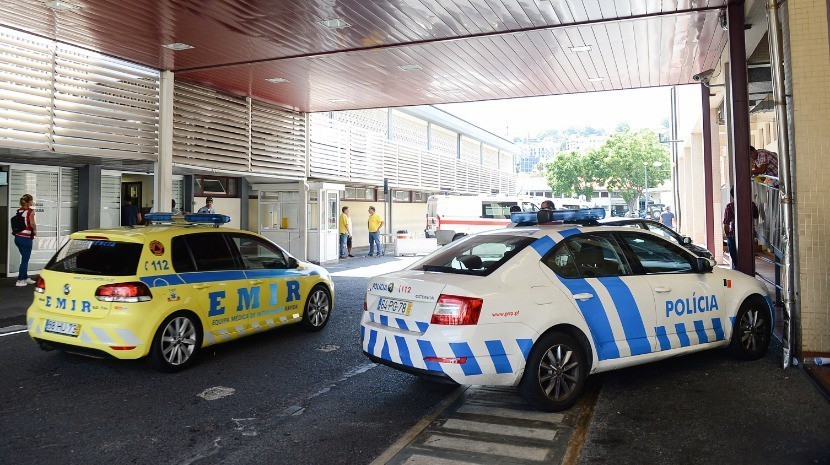 A landslide in Caminho da Ribeira da Ponte, in the Vitória area, in Câmara de Lobos, left one person completely buried, and two others partially buried in their home yesterday afternoon.

Initially information was scarce, even though the Sapadores Firefighters of Funchal, the Câmara de Lobos Volunteer Firefighters, Portuguese Red Cross technicians, Public Security Police, National Guard and an EMIR team were on site.  However, news soon filtered through that three people; a woman aged thirty-five, her fifty-eight year-old father and fifty-nine year-old mother, were trapped inside a cave attached to the kitchen.

Firefighters managed to rescue the younger woman and her father, but the older woman remained buried for around three hours.

The accident that happened shortly after 1 pm when a wall above their house collapsed, trapping the residents inside a cave next to their kitchen, which they used as an annex to their main house. One of the biggest problems facing the emergency service teams was the inability to use mechanised equipment due to fear of causing further disturbance to an instable area, which meant that all the work had to be done by hand.

As to the cause of the walls collapse, it is believed that “Irrigation waters are supposed to have infiltrated the wall and earth below, causing it to give way.”

According to a hospital source, the hospital were alerted of the incidence at 1:35 pm and the first victim was admitted at 3:00 pm with minor injuries. The second victim arrived at the Emergency Department at 4:25 pm, and was stable, as his arm injury was not considered serious.

Psychological support was provided by SESARAM to both the victims and immediate family members.