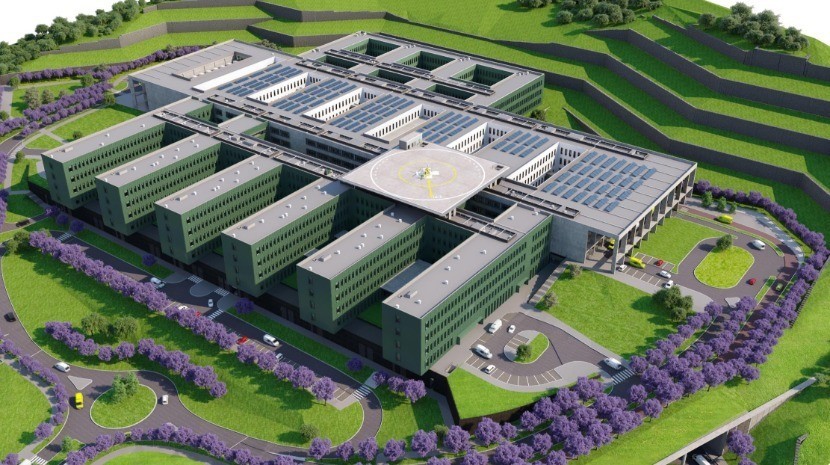 Police were called out this morning to evict a couple and their child from a house that has been expropriated for the construction of the new hospital in São Martinho.

According to information initially released by RTP-Madeira, the Police were requested to attend the scene as the couple whose property had been compulsory purchased by the Regional Government refused to leave, even though a court order stating that the property is no longer theirs has been in place since the beginning of 2021.

According to Élia Ribeiro, the  Regional Director of Heritage, since the beginning of 2021 the family has known that it has to leave their property, as determined by a court order. However, during that time the family has refused to leave and move into the apartment they had been assigned.

Élia Ribeiro told JM, that the space in question is essential for the normal continuation of the works for the new hospital, and that several appeals had already been made to the family, but with no success.

“Today it had to be done this way,” she explained, stating that they had to be evicted, and that they have a ‘nice’ apartment in the centre of Funchal in Rua Elias Garcia, which they refuse to move into.  She further went on to say that this piece of land is vital for the continuation of the hospital project and that the trouble is that the couple have not accepted the amount of compensation offered, and this is still awaiting the courts decision.

However, as one person pointed out in the comments section, they are being forced to leave a house and garden for a inner city flat, where is the justice in that?