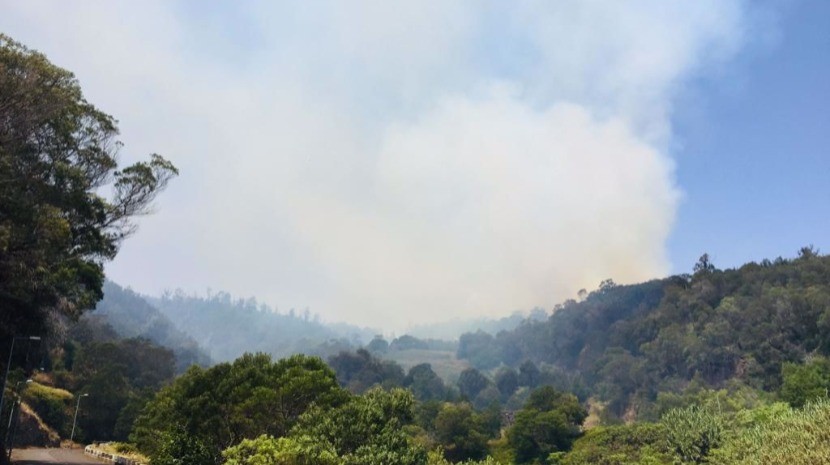 The Forestry Police have confirmed that the fire, which due to the wind and its location, is causing an emergency service logistical nightmare, was caused by someone using an angle grinder, in a difficult to reach to area in Rocha Alta, with firefighters having to tackle it on several fronts. Due to the nature of the fire, the Judiciary Police were called out to the scene.

The fire, which is being fanned by wind and heat, is currently moving towards a residential area, although it is still a long way off, and the ‘Golf Course’ road is set to be closed at any time for safety reasons. It’s also believed that further support from other municipal fire fighting forces will arrive later this afternoon.

In view of the meteorological conditions in the Autonomous Region of Madeira, where the risk of forest fire is enormous, the Regional Secretary for the Environment, Natural Resources and Climate Change warns that it is necessary to exercise prudence and common sense when using travelling or enjoying forest areas, and to avoid taking risks which may endanger people and property.