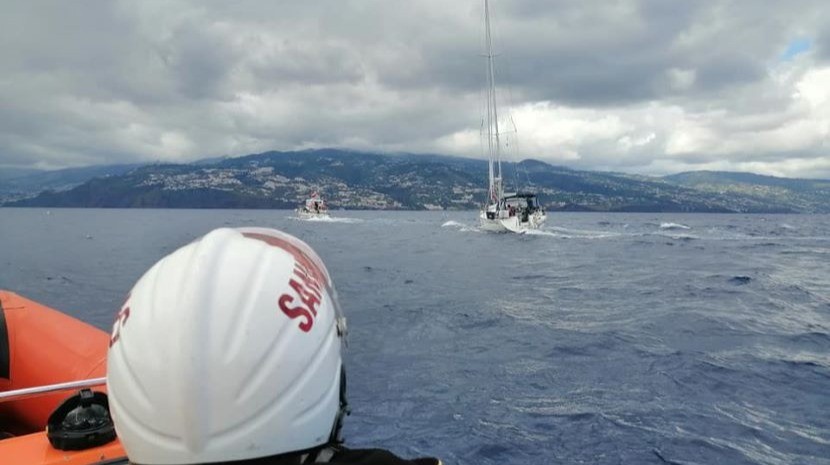 On Saturday the 1st of May, a sailboat was found adrift near ​​Ilhéu Chão, Desertas islands, and towed back to Funchal as part of a joint rescue operation between the Maritime Police and SANAS.

The situation aboard the boat was unclear, and SANAS were contacted by the Captaincy of the Port and MRSC Funchal to participate in search and rescue mission, however, the sailboat was unmanned.

Reports conclude that the the boat is the Norwegian sailboat, ISOGAIZA, whose two crew members were airlifted by the Portuguese Air Force on the 26th of March, 260 miles southeast of the island of São Miguel, Azores.

“After 36 days adrift, the sailboat was safely recovered and brought back to safety.