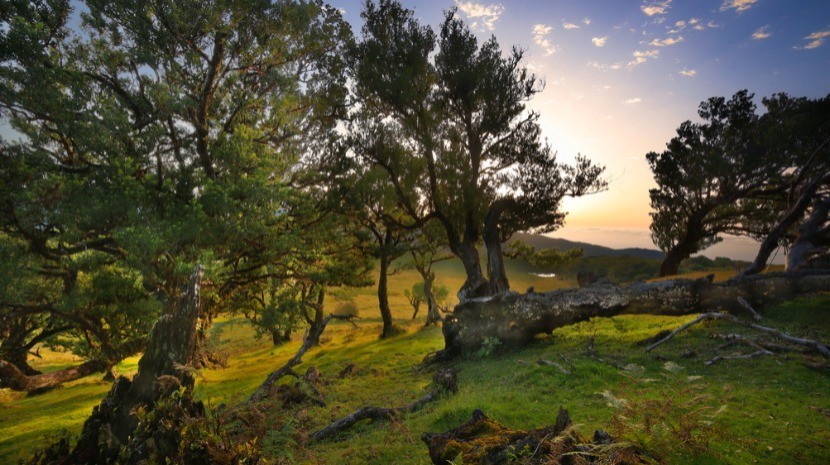 In a press note the DPFL-Associação Floresta Laurissilva highlighted several unfavorable conclusions presented in the IUCN – International Union for the Conservation of Nature report about the Regional Governments intention to pave Caminho das Ginjas.

The  DPFL state that the report is punitive in nature and clearly critical of the Regional Government’s intentions to pave Caminho das Ginjas. The content of the UNESCO report (IUCN) does not ask for clarification from the government, but raises pertinent questions, elaborated with powerful arguments and doubts about the technical and scientific validity of the Environmental Impact Study presented by the Secretary for Agriculture. “The doubts and objections about its technical and scientific foundations, as well as other justifications related to improvements in accessibility between villages, fighting fires and facilities for tourism are obvious and inescapable findings.

Furthermore, the IUCN conclude that “… the need to pave the road was not clearly defined and justified …if the road creates impacts without contributing to the protection of the natural heritage property, the road  should not be considered as an appropriate and justified intervention. ”

According to DPFL, the UNESCO advisory body still expresses doubts, whether in fact the declaration that the Environmental Impact Study presented by the Regional Government is or is not in accordance with the recommendations and commitments for the management, assessment and advice of areas classified as world heritage of UNESCO’s high natural value site, as the “non-project” option was not considered in the study .

In conclusion, the UNESCO consultant writes: “Such intervention must be avoided. ”

To the findings described in the Environmental Impact Study by the Secretary of Agriculture there is “…  a likelihood to increase pressure on natural resources, resulting from a greater flow of vehicles and an influx of people, such as: extraction of resources (firewood, hunting, etc.), the trampling of fauna, dumping of rubbish, “ which are viewed as minor impacts as “the Flora” … may have lost their distinctive features due to invasive species, which have already impacted areas adjacent to the existing road. That said, this does not mean that paving the road would only cause negligible impacts.”

In turn, with regard to the fire fighting system and the details of its construction process, “the IUCN, despite recognising the importance of positive fire management, ‘… does not consider the justification for installing such a system clear …’, noting that the risk of fire would increase due to the greater volume of traffic on the road, pointing out that this was not considered at all in the study,” While stressing this point, the DPFL further added that” the question of the lack of any explanation or definition of related strategy with the supply of water sources for the fire fighting system, represents a failure and a gross gap in the study as presented.”

Given these negative comments and considerations in the IUCN report, DPFL asks “how is it possible that the responsibility and competence of a government faced with a report of this nature and importance finds it possible and appropriate to respond with “ … clarifications… ”?” Therefore the IUCN report to UNESCO is punitive and demolishes the government’s arguments which are reduced to a shameful insignificance. This environmental impact study is considered without merit and value. It is clearly insufficient to justify this inconceivable aggression against a property classified as UNESCO World Heritage Site of Exceptional Universal Value.”

Concluding, the DPFL have made a formal complaint to the UNESCO World Secretariat, in which they denounce “this threat to this World Heritage site, which is an integral part of the European community space.”