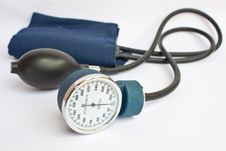 It is sad but it seems inevitable that the virus enters our local population by stealth, circumventing the diligent attempts by our Public Health Team to corral the cases and avoid further dissemination. The mainland is much worse off but I’m afraid we will see the same effect here sooner or later. Even South Korea and Japan, countries with a very disciplined population, see the number of infections climbing exponentially.

The president Miguel Albuquerque, said a few weeks ago that a new lockdown wouldn’t be necessary on the island. Recently the tune was different: He stated that he would not hesitate to impose a lockdown if necessary, to safeguard the population’s health.

The virus seems to be circulating in the schools, lately many of them turned out to have one case or two. The classes plus teacher are sent into quarantine, tested and then, after a safe time, readmitted to school. The kids which have been infected seem to do fine, old family members however (senior citizens living with their family, not in a home) have fared worse: We now have six deaths in the statistics, all seniors above the age of 80 and with previous health conditions.

The Canary Islands have been declared to be a risk area by the UK; Madeira is not in this category as yet. But unless we find a magical pill, we’ll be hit as well.

The Portuguese state reserved 22 Mio. vaccine shots for a population of 10.5 Mio. people, enough so that every citizen will get two shots of whatever vaccine comes our way (five are in the final stages of approval, around 75 are being tested all over the world). We shall beat this virus but it is harder than we thought.

Let’s be grateful that we can still go for a coffee and a meal in the restaurants!