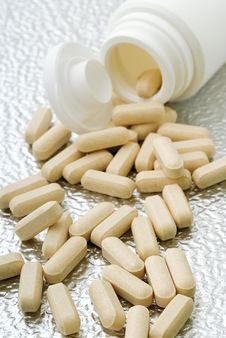 The President of the Republic today invoked the guidance of the Constitutional Court (TC) not to accept in his request for preventive review of euthanasia the claim of unconstitutionality made by the regional assemblies of Madeira and the Azores.

Marcelo Rebelo de Sousa conveyed this position on the legislative process of the diploma on medically assisted death in statements to journalists, shortly after having given office to two ministers and six secretaries of state of the Government led by António Costa.

The President of the Republic today sent the decree of parliament that decriminalises medically assisted death to the Constitutional Court for preventive review of its constitutionality, recalling that “in 2021, the TC formulated, in a very expressive way, demands to appreciate it – which it considered unconstitutional – and that the text of this diploma was substantially amended by the Assembly of the Republic”.

“Certainty and legal certainty are essential in the central area of rights, freedoms, and guarantees,” he said.

On the other hand, the Head of State did not accept a request from the regional legislative assemblies of the Azores and Madeira to raise the issue of unconstitutionality because they were not heard before the approval. And it did not do so for two reasons, the first of which is “because it is constant guidance of the TC, in parallel cases, not to understand that there is an obligation to listen to the autonomous regions, since the matter is dealt with at national level and there is no specific difference for the autonomous regions.”

“This has already happened, for example, in the case of surrogate motherhood,” Marcelo Rebelo de Sousa exemplified.

The second reason that motivated him not to accept the request of the regional assemblies was related to the universe and the diversity of coverage of the National Health Service (SNS) in the national territory and the possibility that these regional differences would be later modeled in the regulation of the diploma.

“It is true that there are regional health services that are not autonomous from the NHS. And it is true that the diploma, in the part of the application, is designed for the SNS and for entities that, in essence, only have competence in the continental territory, but this is resoluble in the regulation of the diploma,” defended the President of the Republic.

From the perspective of the Head of State, by regulating the application to the Autonomous Region of the Azores and Madeira, should euthanasia enter into force, “regional institutions must intervene there.”