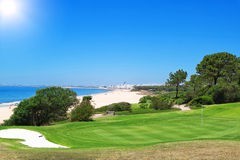 Ponta do Pargo Golf Course Will be Iconic

According to reports, the proposed golf course in Ponta do Pargo is 64% complete.  However, the new golf course is not expected to be completed until the end of 2025 or the beginning of 2026, confirmed Pedro Fino, the Regional Secretary for Equipment and Infrastructure.

Work at the golf course will only start next April/May, while the remaining 36% of the work will be completed over a three-year period.

Original construction work commenced in November 2009 and then limped on until 2012, costing 8 million euros.  A further 12 million euros will be needed to complete the project.

In a statement, the President of Madeira, Miguel Albuquerque said that he believed that the new course would be one of the most iconic courses in Madeira and the rest of Europe.

Of course, and I know I have mentioned it before, why do we need a third golf course in Madeira, a fourth if you include Porto Santo?

Although Madeira must continue to expand its tourism basis and attractiveness, this should not be done to the detriment of the Madeirans or exclude vast tracts of its population…