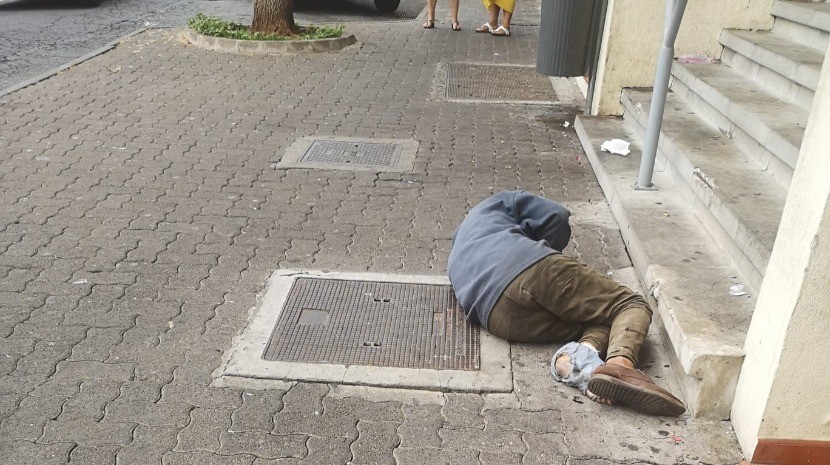 The Homeless Need More Than Lockers!

By Samantha Gannon on 27th November 2022 9:05 pm
The homeless situation was once again up for debate today.
It would appear that a housing space located in Avenida Luís de Camões, which can currently house four homeless people remains empty when it should have been proving a much-needed service since August.
The project was in partnership with the Social Security Institute of Madeira and the Association for the Protector of the Poor.” Reacting to complaints that nothing is being done to tackle homelessness the CMF released a statement this morning.
“Unfortunately, politics has a way of obscuring what is needed.  However, we, the CMF, have been given assurances that the first ‘tenants’ will arrive at the new housing facility in December.  We also understand the previous city administration felt that helping those on the streets could be resolved through the provision of lockers in Campo da Barca, which merely served as a drug trafficker and user collection point.”
We are now working to resolve the situation, a situation that has exploded out of proportion, but through the hard work of the CMF, we are determined to change the current trajectory of those living on the streets.
However, on a recent walkabout, I discovered that several homeless persons were storing and securing rather expensive bicycles at one end of town and begging, using puppies as bait in the Old Town.
Samantha Gannon
info at madeira-weekly.com