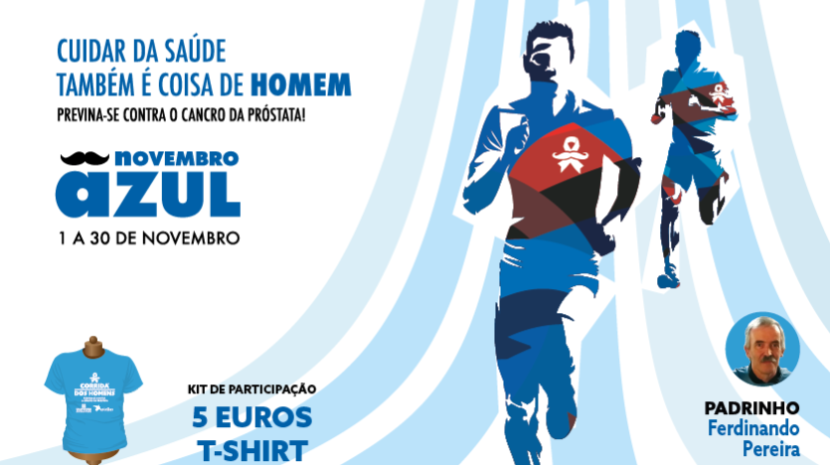 By Samantha Gannon on 16th November 2022

Returning after the Covid-19 hiatus, the Men’s Race will return to the streets of Funchal on the 26th of November.

The race starts at 5 pm at the Funchal Cathedral. The initiative, organised by the Regional Centre of Madeira of the Portuguese League Against Cancer (NRM-LPCC), the Athletics Association of the Autonomous Region of Madeira (AARAM), and Astellas Farma, aims to alert men of the dangers and prevention of prostate cancer, especially in the over 45’s.

In their statement, the NRM-LPCC says:

“With this initiative, we intend, once again, to challenge Madeirans, particularly men, to run for their health. It is essential to remember that prevention contributes to an early diagnosis, essential for better treatment outcomes, better survival rates, and a reduction in the number of deaths related to this disease or any other cancer,” said Ricardo Sousa, President of the Regional Portuguese League Against Cancer.

‘Taking care of health is also a man’s thing’ is the motto of the event.  Participants are asked to either run, jog or walk the 2 kilometers route, which is sponsored by urologist Doctor Ferdinando Pereira.

Held under the ‘Blue November,’ a worldwide movement to raise awareness of male diseases during the month of November, also known as Movember, the Men’s Race has a solidary nature.

The funds raised from the registrations, which have a symbolic cost of 5€, are used by the NRM-LPCC in the prevention, diagnosis, and treatment of prostate cancer. A tee shirt is given with each registration. It will also be possible to support this cause without participating in the race, through the acquisition of a five-euro tee-shirt.  These are on sale at AARAM, NRM-LPCC head office, and regional offices, Caniço Pharmacy, and the Solidarity Store in Rua da Murças, Funchal.

Prostate cancer is currently more lethal for men than breast cancer for women and is the second leading cause of cancer death in men over 50. In 2020, in Portugal alone, approximately 7,000 new cases were diagnosed. This cancer is known for its slow evolution and non-symptomatic initial state and when signs occur these can often be confused with other diseases.

Prostate cancer occurs when some of the prostate cells reproduce much faster than normal. If left untreated, the cells of this cancer can spread to other parts of the body.