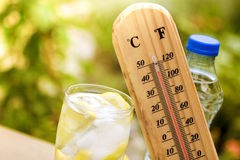 Although the Madeiran archipelago will escape the three day heatwave that is affecting the continent, and where Portugal is expected to swelter under temperatures reaching up to 50ºC, temperatures in Madeira are expected to increase to 30ºC on Sunday, and then drop to 29ºC and 27ºC on Monday and Tuesday respectively.

While talking to radio station 88.8 JMFM, Victor Prior, the Madeiran delegate for the Portuguese Institute of Atmosphere and Sea (IPMA) explained that the heat will be especially felt in the islands mountainous regions.

Humidity will be low, with values ​​hovering around 30%.  Wind speeds are also expected to be moderate and should not exceed 50/ 60 kilometers per hour.

Given these meteorological conditions, the risk of fire increases again in the Region.

As for the heat waves that have affected the national territory, Victor Prior clarifies that this situation is due to the location of the great centres of action of the Azores Anticyclone and the depressions that form in the African region, “which make the mass of hot, dry air rise to higher latitudes, reaching mainland Portugal, and other European countries.”

According to the delegate, given what has been seen in recent years and the studies that have been carried out, these meteorological situations will become more frequent, being naturally associated with climate change.

For now the Region will not be affected at present, and no unforeseen weather patterns should affect the island in the immediate future.