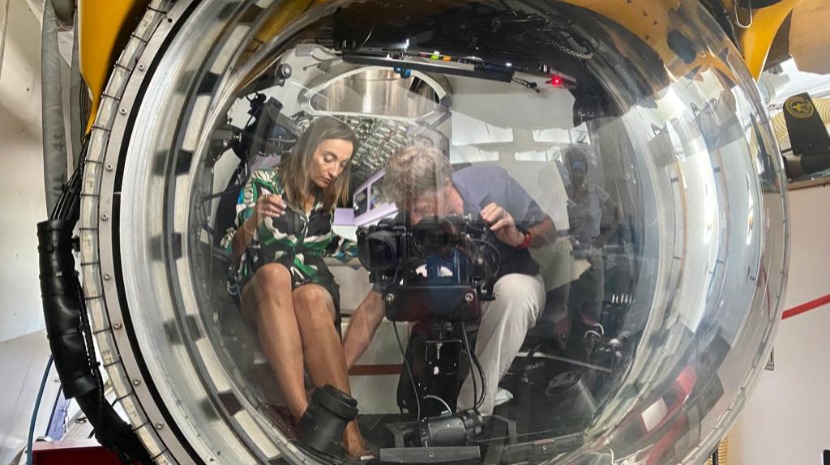 Lula 1000, is a small submarine capable of carrying 3 people up to 1000 meters deep, and is equipped with sophisticated scientific equipment and state-of-the-art image collection, making it one of the 10 submarines of its kind in the world.

Based in Madeira since 2019, Lula 1000 has already carried out thirteen dives along the South Coast of Madeira as part of the “deep-ml,” a project led by the Regional Directorate for Spatial Planning and Environment and now the Regional Directorate for the Sea, in which the Funchal Marine Biology Station, discovered a prairie of laminar algae between Madeira and the Desertas, hitherto unknown.

Lula 1000 is owned by the Rebikoff-Niggeler Foundation, a non-profit marine research organisation based in Horta, Faial Island, Azores.  The objective of this foundation is to facilitate research and observation, “in situ,” of deep water marine environments through manned submersible technology.

On this visit, Isabel Costa, accompanied by the CMF Science Division Chief, Manuel Biscoito, was welcomed aboard the submarine’s mother ship, the catamaran “Ada Rebikoff,” by the pilots and representatives of the submarine’s owner, Joachim and Kirsten Jacobsen.