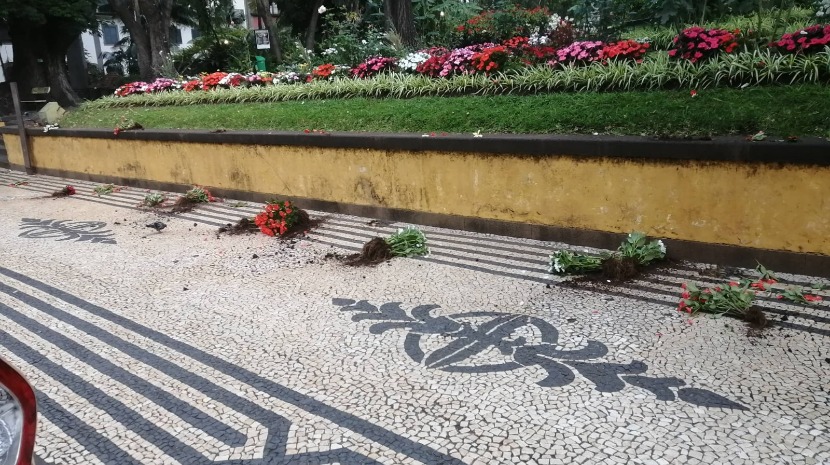 This morning passersby were shocked at the recent vandalism of the Municipal Garden, in Funchal, as plants had been ripped out of the ground and thrown onto a nearby pavement.

Reacting to this, the CMF issued the following statement:

“The Funchal City Council (CMF) deeply regrets the acts of vandalism practiced last night, in which plants were destroyed in the Municipal Garden of Funchal. The municipality repudiates vandalism of any nature. The placement of flowers in the garden arose from the preparations for the flower festival, during the month of May, and aimed to beautify the entire landscaped space for the enjoyment of all residents and tourists who stroll through the area.  The damage is in the region of €150.”

The CMF have also confirmed that they have reported the incident to the appropriate authorities.