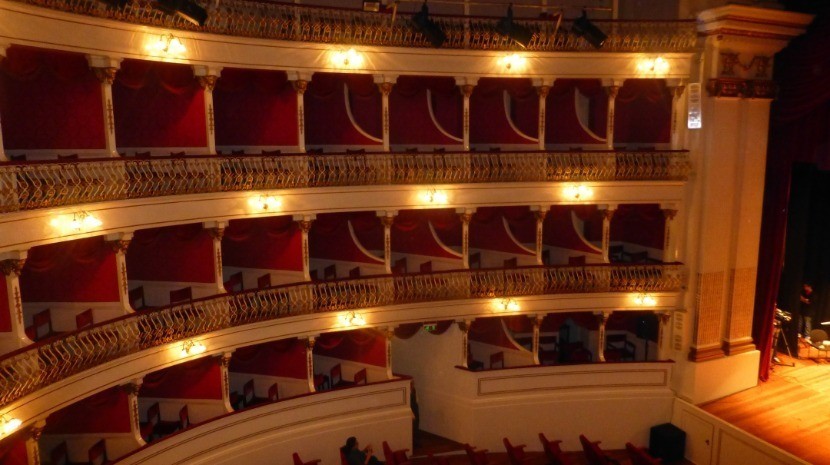 On Friday, the 27th of May, the Baltazar Dias Municipal Theatre will host an open conference titled #CreateFunchal, which will focus on major issues involving innovation, creative industries, technology and creativity.

Combining the topics of science and research with creative and business development and public policies, this event, promoted by the Municipality of Funchal and the ITI – Interactive Technologies Institute/LARSyS, will bring together, throughout the day, national and international speakers, representing top entities such as DELL, Amazon, Codewizards and the Armada General Staff, for an open discussion with the aim of strengthening the country’s position in the global entertainment market.

The agenda will be opened by the Secretary of State for the Economy, João Neves, the President of the Regional Government, Miguel Albuquerque, and the Mayor of Funchal, Pedro Calado.

Among the highlights of the programme is a discussion by Vice Admiral Coelho Cândido, Deputy Chief of Staff of the Navy, who will address ‘The Creoula project: creativity and gamiﬁcation for the common good’. Representing Amazon, will be Matteo Scialanga, who will make an introduction to Amazon Web Services (AWS) and explain how they can be used to help video game producers.

Pedro Campos also highlighted the intervention of Craig Barron, from Craigwizards, who will address the basic science of video game construction and development, and at the end of the event there will be a round table with the participation of regional companies, debating the pros and cons of gaming industry.

During her presentation of the event, the vice-president of the municipality, Cristina Pedra, stressed that the holding of this conference has the purpose of defining “the strategic positioning of the Funchal City Council for its future.” A future that, as the mayor declared, wants to be “associated with technologies, dematerialisation, creative industries, and research, while also focusing on the economic aspect of business creation, modernisation, as well as seeking to create a technological Funchal, which is not only academic, but also has a strong business side. Technology, knowledge, economy, digital, positioning and avant-garde are terms to which the municipality intends to associate the name of Funchal,” she concluded.

Entry to the event is free, however you must register your interest at  funchal.pt/createfunchal.  You can also access the complete programme from the site.

#CreateFunchal is also supported by NOS Madeira and WOW Systems.