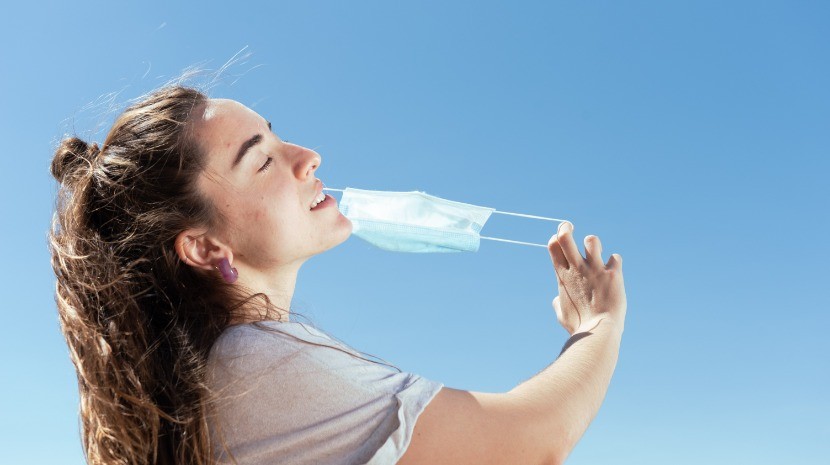 According to the Lusa News Agency, a source from the PS (mainland Government) has confirmed that the government of António Costa does not propose to renew outdoor mandatory mask wearing in parliament this week.   The current mandate on outdoor mask wearing expires on the 12th of September.

In their statement, the source said:

“Our position is entirely in line with that of the Director General of Health (DGS), and given the current epidemiological situation in the country, we are not going to defend the continuation of outdoor mask wearing.”

Of course this depends on the current pandemic situation, but basically most believe that unless there is a sudden spike in the number of daily cases, compulsory mask wearing in the streets of Portugal will be over.

The present law on mask wearing, which was  declared by the President of Portugal on the 11th of June stated that mandatory outside mask wearing would remain in effect for a period of 90 days.  Marcelo Rebelo de Sousa then highlighted the “permanence of a broad consensus” on a political level on this matter, a consensus which he considers to be very important fin the deconfinement process, which he intends to be irreversible.

The use of masks outdoors, which cannot be replaced by a visor is currently is mandatory for all those aged ten years and above, and must be worn in all public spaces and roads “wherever social distancing cannot be effectively applied. ”

Please note, that this is for the mainland, and as yet the Regional Government of Madeira has not stated whether or not they will follow the same mask wearing protocols.