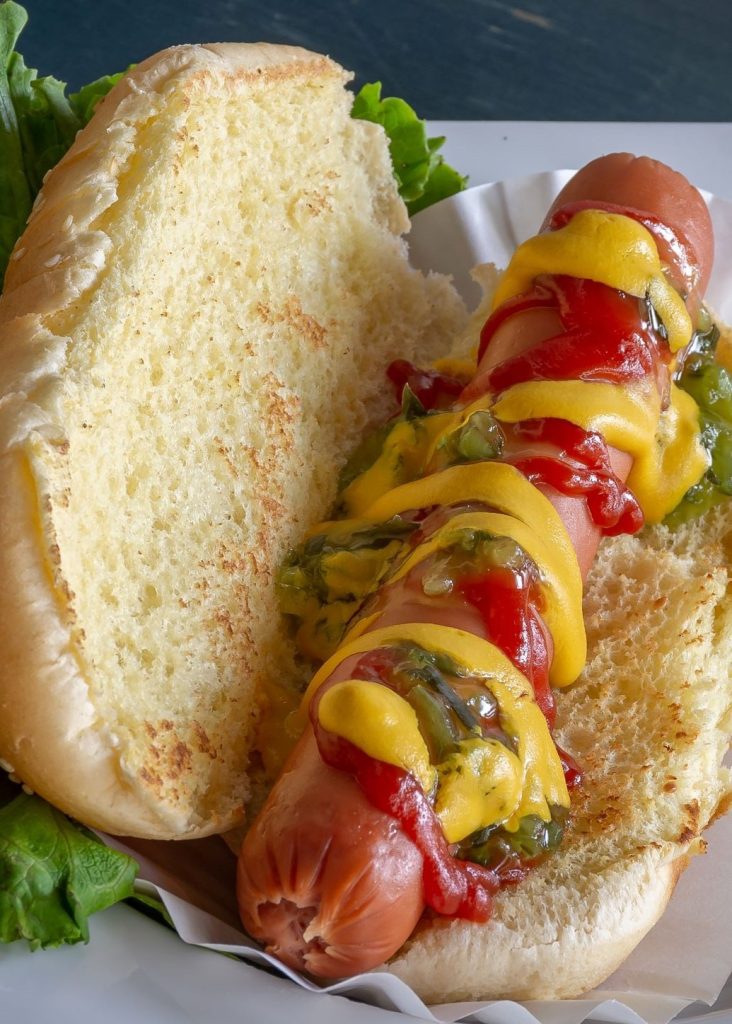 Eating Hot Dogs Could Reduce Your Life by 36 Minutes

An article released by ABC news, suggests that eating a hotdog could reduce your life by 36 minutes.  This, say University of Michigan researchers, is due to the high content of processed meat.

The study which evaluated 5,800, foods found that while eating hot dogs could reduce your lifespan, foods such as salted peanuts, baked salmon, and rice with beans could give your three score years and ten an additional boost.

However, before you ransack the cupboards and commit serious crimes against hot dogs (throw them out!), university researchers also suggested that we adopt a 80/20 diet, where 80% of the time we eat healthily, and then have the occasional splurge, and this even includes the odd tined or bottled sausage.

However, as Heinz is carrying out a campaign to encourage hot dog manufacturers and bun makers to start working together to ensure that you can match the correct number of sausages and buns, I can’t see anyone giving up the frankfurter just yet!

Published in Health, NEWS and Science