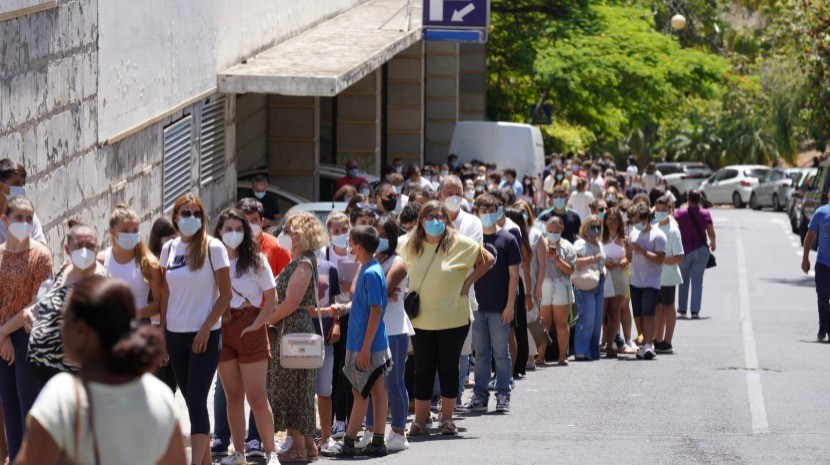 By 9.00 am a large gathering of teenagers had arrived, some accompanied by their parents, waiting to be vaccinated. Chief nurse, Ana Gouveia, said that it was necessary to “reorganise” the operation to ensure that everyone was vaccinated, and within the first half hour approximately 100 teens had been inoculated.

The Secretary of Health, Pedro Ramos, attended the session, telling journalists that Madeira’s youth had shown themselves to be mature and responsible in the fight against Covid-19.  The health secretary went on to say that young people also have to “be additionally protected,” as the virus is now prevalent among young people.  Recent figures show that 26% of all those testing positive for the SARS-CoV-2 virus are under the age of 19.

Furthermore, he said, the Regional Government is committed to vaccinating around 20,000 young people to ensure that schools can operate in a safe environment, thus lessoning the chances of spreading the virus between pupils and teachers.

A second teenage ‘open day’ will take place on Wednesday the 4th of August, throughout Madeira including Porto Santo.