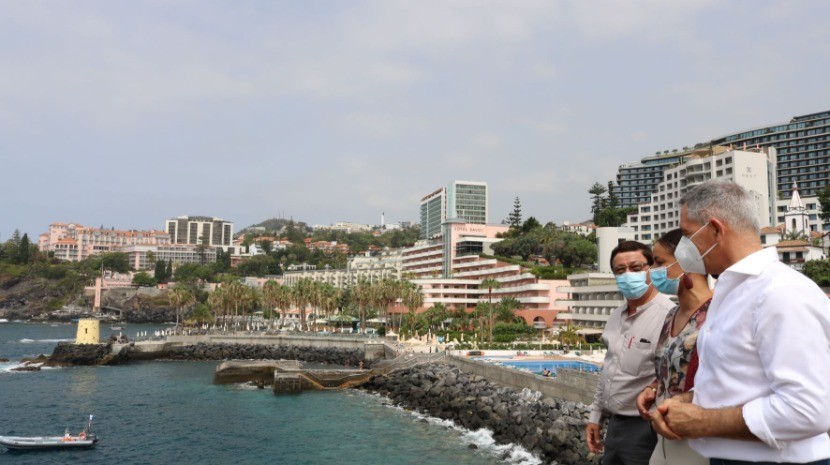 Funchal Coastline – Handed on a Plate to Private Companies

This morning (13th of July), the United Democratic Coalition (CDU) held a political initiative on the detrimental effects privatisation has had on Funchal’s coastline.

As Edgar Silva, the CDU candidate for the presidency of the Funchal City Council, stated, “the fact is that between Pontinha and the Lido, Funchal’s coastline is in the hands of private investors, and represents a shameless result of accumulated subjugation of the city’s coastal region, thus denying Madeira’s residents access to a large portion or Funchal’s natural heritage, while the built up nature of the waterfront has disfigured, not enhanced the city’s image.”

He went on to say that the concrete jungle of hotels and private enterprise is nothing more than promiscuity policies between political power and money, and it is now time for this waterfront terrorisaton to stop.