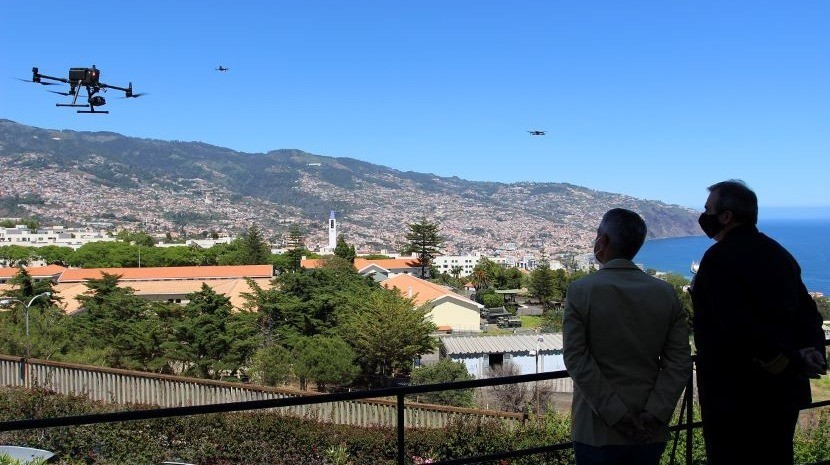 The Institute for Forests and Nature Conservation (IFCN) has confirmed that it will be using military drones as their ‘eyes in the sky’ as part of their forest and protected areas surveillance initiative. The protocol, between the IFCN and the Armed Forces General Staff (EMGFA), was signed today at the Madeira Operational Command of the Armed Forces, which now allows military personnel to take part in active IFCN forest and protected areas reconnaissance missions.

Rear Admiral João Dores Aresta, Operational Commander of Madeira, praised the IFCN president’s willingness to collaborate with the Armed Forces, while the President of the Board of Directors of the IFCN, Manuel António Filipe, referred to the bringing together of the two regional entities in the fight against and prevention of forest fires as “fabulous work.”