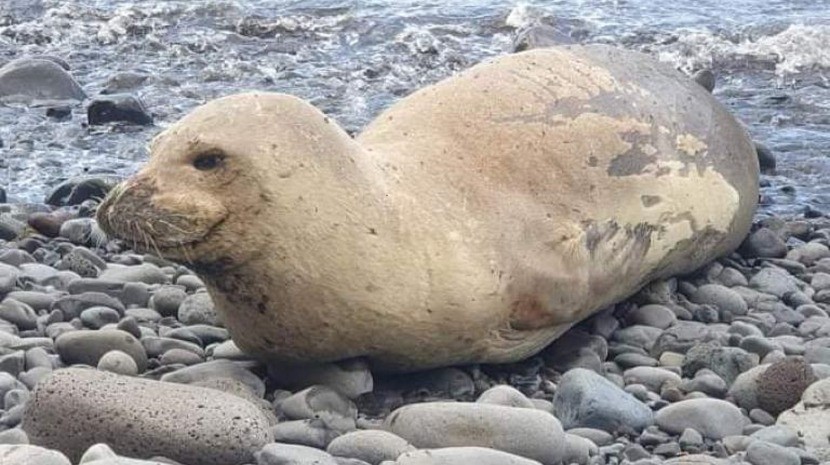 Today the body of the monk seal found dead on a pebble beach between Jardim and Paul do Mar yesterday, was removed and transported to the Whale Museum, in Caniçal where it will undergo an autopsy.

The female Loma, aged 23, had become a daily visitor to the beach, made the beach her final destination yesterday. The president of the Paul do Mar Parish Council, Paulo Rodrigues, who originally alerted the competent authorities of her presence, this afternoon  praised “the professionalism and attention that all the staff of the Institute of Forests and Nature Conservation (IFCN) had given the monk seal, both in terms of treatment and her removal from the beach.”

According to the researchers who study and monitor the monk seal colony of the Desertas Nature Reserve, these animals live an average of 22 years.  However, in a short time, Madeira’s colony has suffered two casualties, first with the death of Maminhas (12 years old) and now with Loma.