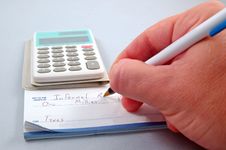 The tax regime for non-habitual residents is intended to attract to Portugal certain qualified individuals and investments which may give rise to tax saving opportunities for expatriates.  The Non-Habitual Residence special tax regime has the following exemptions and benefits:

Income generated in Portugal classified under the IRS code as derived from categories A (employment) and B (self-employment, royalties), linked with “high value-added activities” of a scientific, artistic or technical nature, as defined by the Portaria no. 12/2010 of 7 January will be taxed at a special flat rate of 20%.

B)    Salary from Abroad

Income generated outside Portugal from category A (employment) will be exempt in Portugal if such income is taxed in the source jurisdiction and it is possible to establish a tax credit under an existing tax treaty for the elimination of double taxation or in the absence of such treaty, if taxed in the source jurisdiction and such income cannot be considered as taxable in Portugal under the IRS Code’s rules.

Income generated outside Portugal from category B (within high value added activities, as mentioned above) or categories E (capital income), F (letting income) or G (capital gains) will be exempt in Portugal if this income may be taxed in the source jurisdiction and it is possible to establish a tax credit under an existing Tax Treaty for the elimination of double taxation or equivalent provided that such source jurisdiction is not included on the tax havens’ black-list (Ministerial Decree no./“Portaria n.º” 150/2004 of the 13th of February).

Income generated outside Portugal, classified under the IRS code as derived from category H (pensions), will be exempt in Portugal if this income is, ALTERNATIVELY:

Because residency is broadly defined, most double taxation agreements recognise that a person could meet the definition of residency in more than one jurisdiction – dual residency – and provide a “tie breaker” clause. Such clauses typically have a hierarchy of three to five tests for resolving multiple residency, typically including permanent abode as the major factor. Tax residency rarely impacts citizenship, although a given country’s immigration laws may influence the definition of tax residency.

Nearly all tax treaties provide some mechanism under which taxpayers and the jurisdictions can resolve disputes. Generally speaking, the government agency responsible for conducting dispute resolution procedures under the treaty is referred to as the competent authority who generally have the power to bind their governments in specific cases.

Next: Filing your return