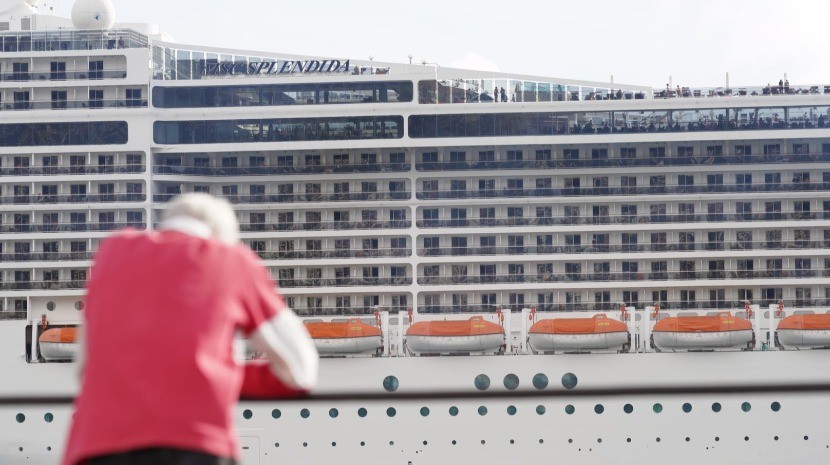 The Port of Funchal was busy today, due to the arrival of cruise liners ‘Azura’ and ‘Costa Pacifica,’ which between them were carrying nearly seven thousand passengers and crew.

With a stopover of sixteen hours the ‘Azura,’ arrived from Tenerife this morning with 2.456 passengers and 1,130 crew members on board, and departed for Las Palmas at 21:30.

Cruise liner ‘Costa Pacifica,’ which also arrived from Tenerife, carrying 2,390 passengers and 1,020 crew, remained docked in Funchal Harbour until 17:00 when it departed for Malaga.

The Port of Funchal has confirmed that thirteen cruise liners are scheduled to dock in the archipelago (12 Funchal, 1 Porto Santo) and that four ships Silver Moon’, ‘AIDAluna’, ‘Sky Princess’ and ‘Royal Clipper’ will tomorrow dock in the region.