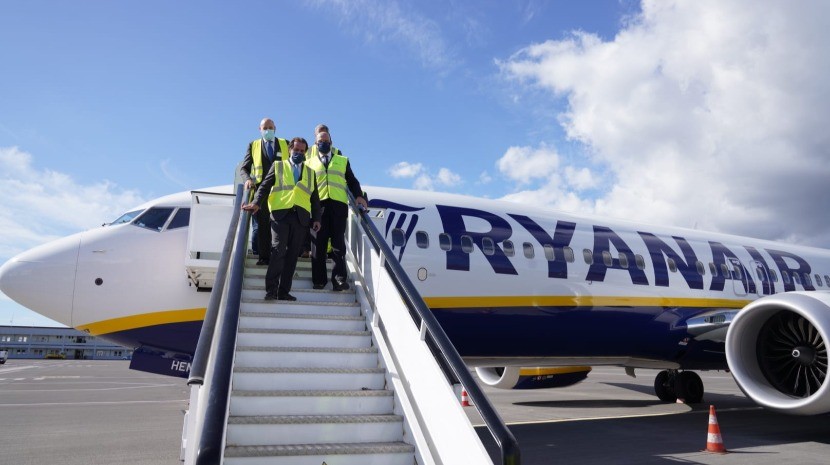 By Samantha Gannon on 21st October 2022 9:41 pm
The chief executive of Irish low-cost airline Ryanair Eddie Wilson has criticised the planned increase in airport charges at Madeira International Airport.  The charges will come into force next year, and with the rise already announced by ANA, he rules that the new prices make Madeira uncompetitive and unprofitable.
Holding a press conference this morning at Madeira Airport, the Ryanair CEO said that rising costs make the region less desirable, compared to other competing markets such as the Canary Islands, whose airport rates are competitive and attractive, as are other Mediterranean countries and Sicily.
Reacting to the accusations, Eduardo Jesus, the Regional Secretary for Tourism and Culture, pointed out that Ryanair’s position is similar to that of the Regional Government, which for years has insisted on ANA, who have the concession of Portuguese airports, to reduce the rates charged in Madeira – the highest in the country – and that Madeira’s airport rates are in line with those set in Lisbon.