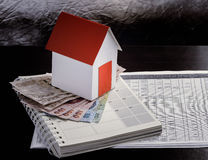 Those Injured in BANIF Bank Collapse In Further Talks

The President of the Association of Injured People of Banif – ALBOA, Jacinto Silva, said today, at the end of a meeting with members, that the office of the Secretary of State for the Treasury of the Ministry of Finance, has invited the associations that represent the injured from the former Madeiran bank to a meeting at the ministry.

The Portuguese Securities Market Commission (CMVM), and the Bank of Portugal were also invited.

Jacinto Silva hopes that after several years of struggle, since the collapse Banif, a credit fund will be created to create a solution similar to that found for former victims of BES.

It should be noted that today there are around 2,300 Banif victims whose savings are said to be in the region of 180 and 220 million euros. Approximately, 600 Madeirans lost their savings, totally around 60 to 70 million euros.