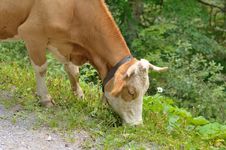 On Thursday, the 1st of September a new economic model to support the Family Agricultural Population in Madeira will be presented at the John dos Passos Cultural Centre between 15:00 and 17:00.

Talking to reporters, OmniArtisan, responsible for the initiative, said:

“This presentation introduces a new economic model to support family farmers in the Region, as it is a fraction of the population, around 36,931 (data from 2019 by DREM), which depends on a very low income and/or The farmers are the professionals who invest the most time, resources, and also pay temporary employees and who obtain the least income, among the entire working class. We live in an Era of Globalisation and the populations, mostly from the so-called developed countries, were largely uneducated about local dynamism and resilience. There is a huge trade exchange worldwide, which is seen as synonymous with progress, but which actually weakens local economies. The export/import dynamic does not make sense for a large part of the products traded. There are cases in which, with the existence of the free market and in such an uncontrolled way, products are imported that cancel out with the same quantity as be produced locally and exported. Such dynamics make no sense given the growing pressure exerted on natural resources, especially fossil fuels. As we are islanders, we are more unprotected when there is a natural, energetic collapse – as is the current case, economic or social and it is vital that we become as self-sufficient as possible.”,

OmniArtisan promotes the production of local, biological and artisanal goods, in order to boost the local economy within the Autonomous Region of Madeira (RAM).