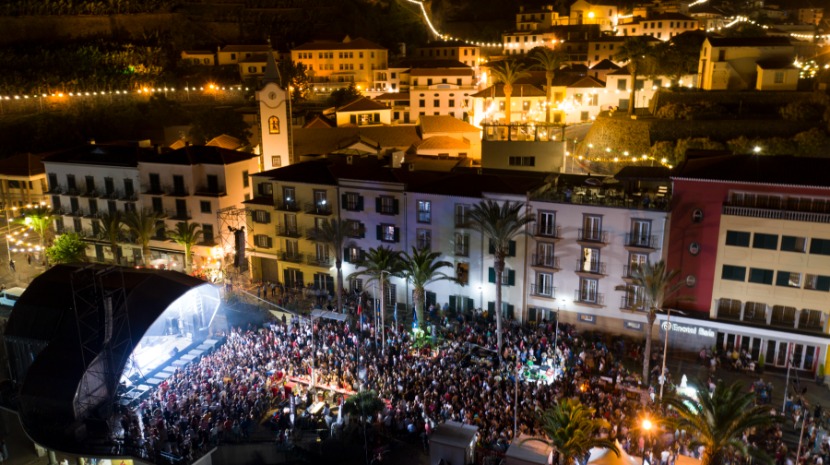 The Festas da Ponta do Sol, one of the most outstanding music events of the year, is back and jam packed with fun and excitement. The festivities start on Thursday the 25th of  August 25th and end on Sunday the 11th of September, bringing with it three weeks of great music and the celebration of many traditions, which are the hallmark of this festival.

Headlining this years festival are: Jorge Palma, Expensive Soul and Elisa, in an eclectic and multi-generational programme.

Jorge Palma, one of the biggest names in Portuguese music, a multifaceted artist: musician, composer and performer, will take centre stage at 11 pm on the 2nd of September.  He was one of the most successful Portuguese artists in the 1980’s with numerous hits including, “Deixa-me Rir”, “Frágil”, “Dá-me Lume”, “Bairro do Amor”, “Estrela do Mar” or “Encosta-te a Mim”.

On the 3rd of September, Expensive Soul, a dominant group on the Portuguese music scene, will perform at 11 pm. They present a unique sound that runs through styles such as soul, reggae, R&B and hip-hop. It has won generations and countless awards (among which, two golden globes, best song and best group), airplay on the radio and top places in the sales charts. They are known for their “magic” concerts and guarantee to elevate their legacy in the concert on Avenida da Vila da Ponta do Sol.

Elisa, a native artist from Ponta do Sol, whose song ‘Medo de Sentir’ won her first place in her category in the 2020 Song Festival; promises a “magical” concert on the 10th of September, also at 11 pm. The artist debut album released at the end of last year was a success, and characterised by the demonstration of her love for her origins in her various themes such as: “No Meu Canto”, “Na Ilha”, “Coração”, among others.

In addition to the headline acts, the festival will also concentrate on culture and tradition during its ‘Week of Popular and Traditional Culture,’ which will run between the 25th and 30th of August.  It will be six days of great entertainment, culture and tradition, with the 30th Ponta do Sol International Folklore Festival (Saturday) as the highlight of the week, which will feature the participation of regional, national and foreign folk groups.

The Festas da Ponta do Sol will also be the stage for many regional artists, in a clear appreciation of the musical work developed in Madeira, especially in Ponta do Sol.

For more information about the event, please go to https://festaspontadosol.pt/