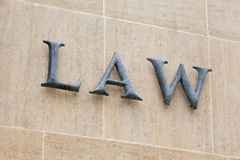 An Isabel dos Santos company, based in the Madeira Free Zone (MFZ) of Madeira has been closed due to lack of presentation of accounts, reported Eco today.

At stake, according to the newspaper, is the Dorsay company, identified as holding shares in the Angolan cement sector, and which had as a shareholder, the husband of Angolan businesswoman Sindika Dokolo, who died in October 2020.

The decision to dissolve this company, created in 2008, and which was identified in the Luanda Leaks process as part of the Isabel dos Santos’ empire, was seized on the 28th of June.

The liquidation decision was made at the end of June and justified by the fact that “the company did not provide the accounts for two consecutive years.” A period of ten days was given to challenge the decision, which became final on the 18th of this month.

As Eco recalls, this was the first time that Dorsay was at risk of dissolution due to lack of presentation of accounts. In 2020, the Madeiran authorities proceeded with a similar lawsuit against the company. The case was quickly resolved, preventing the closure of the company.

In May 2020, BPI bank filed a lawsuit in the Madeira court against Sindika Dokolo, and also Dorsay over its five million euro debt.