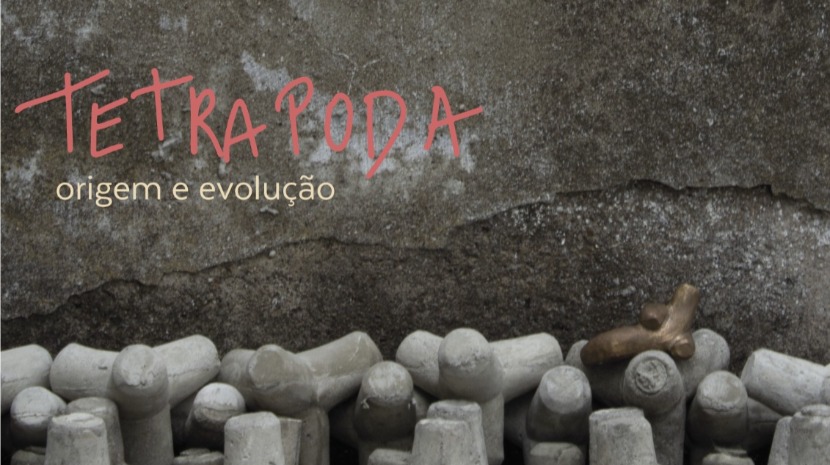 The almost simultaneous presentation of these two shows is the result of a partnership established between MUDAS.Museu and the Funchal Natural History Museum, and is part of the programme for the celebrations of the thirtieth anniversary of the Foundation of the Museum of Contemporary Art, which has been running since January 2022 and has been extended until December 2023.

The two exhibitions, curated by Marcia de Sousa include a special collaboration, in the form of a performance, by Carlos Valente, are the result of an artistic residency project that has taken place over the last two months at MUDAS.Museu. In ‘Tetrapoda: Origin and Evolution’, Ricardo Barbeito proposes, through a visual essay in a site-specific context, an exercise in critical, speculative reflection that has, as its starting point, the 2010 floods.

Ricardo Barbeito was born in Funchal in 1979, and currently lives and works in Lisbon. He holds a degree in Fine Arts from the University of Madeira, and a master’s degree in Art and Heritage: in the contemporary and current, in the context of which he presented the ephemeral public art project “A Bilhardice: aesthetic-artistic intervention project for the city of Funchal,” where art appears as a possibility of change in the public space and the public as a factor of change in the space of art. He has presented his artwork regularly, collectively or individually, since 2004.

‘Tetrapoda: Origin and Evolution’ is an organisation of the Regional Secretary for Tourism and Culture/ Regional Directorate of Culture through the Museum of Contemporary Art of Madeira and is the result of the joint effort of several institutions and companies (Calheta City Council, Funchal City Council through from the Funchal Natural History Museum and the AFA Group).

The exhibition will be open to the public until the 29th of October 2022.