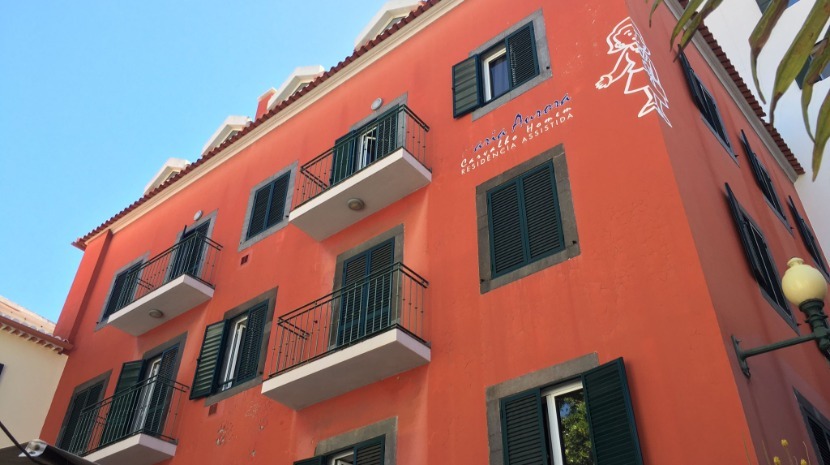 This morning, war broke out at the assisted living residence ‘Maria Aurora’ due to rent arrears and resident evictions.

Early this morning the eviction procedure began to swing into action, under the careful eye of the building owner’s lawyer, eviction agents and Social Security personnel, who apparently did not have access to any information regarding the 20 patients living in the home.

Things became unstuck when the home’s director, Maria Manuel de Carvalho Homem, stood defiantly in the entrance of the building and flatly refused to allow PSP officers inside, even though the eviction has been approved by the courts.

On talking to journalists, she assertively proclaimed that “the police cannot enter here.” Trying to force the issue, the authorities then called the owners of the building, but Maria Manuel de Carvalho Homem flatly told them that she would not open the door until her lawyer, Ricardo Vieira arrived, and even then reluctantly!

Today, the 15th of June was the day that all the residents of the home were have supposed to have left and Maria Manuel de Carvalho Homen was to deliver the keys of the buildings seven flats to lessee ‘Carvalho Homen & Morna.  However, Maria Manuel refused to speak to anyone, except local newspaper JM saying that no scandals could be attached to her home and that she denied owning 75,000 euros in rent arrears.  She also hinted that she had something up her sleeve when it came to keeping the home open.

However, despite her words and protestations, PSP officers forced their way in and began to change the locks.

Protesting loudly, Maria Manuel says that she was assaulted by PSP agents as they barged in and that she is determined to file a complaint with the competent authorities, adding, that they “broke down” the door in order to enter. At the time of the incident, reporters were awaiting statements from Eduardo Alves, a lawyer representing the owners of the building, who have been trying for some time to collect the overdue rents. Furthermore, Social Security support was also made available last April to help with the transfer of residents.

“Yesterday there was a meeting with all the family members,” Maria Manuel warned journalists, where we are determined to stand up against such an “abuse of power” and lack of sensitivity towards the elderly hospitalised here. The Maria Aurora project will not die, and will not stop here. Family members must remain calm.” It would also appear that she had spoken to the families of those residing at the home, saying that the sick would only leave this residence when she could take them to another place, but at the moment she didn’t want to disclose where this new place was!

One patients daughter spoke to reporters saying that although she can understand both sides of the argument, she “didn’t understand why this situation has happened. This is an excellent place and my mother is very well treated. It doesn’t make sense for them to leave. What’s happening just doesn’t make sense!”

However, it would seem that sense has at least prevailed today, as there has been a stay of execution until 10.00am on the 30th of June. The reason for the suspension is related to the fact that no one has any knowledge of the clinical condition of the patients and there is fear, that the rehoming process could affect them adversely.

Madeira’s social security had vehicles on site to transport patients, but as no one knew what was going on, and all the home’s patients records will now have to be obtained through a court order.  As such all the residents must remain where they are until the end of the month. Until that time the Social Security Institute of Madeira will continue to monitor the situation and assures the families that their relatives will not be left unprotected or neglected during this tricky time.