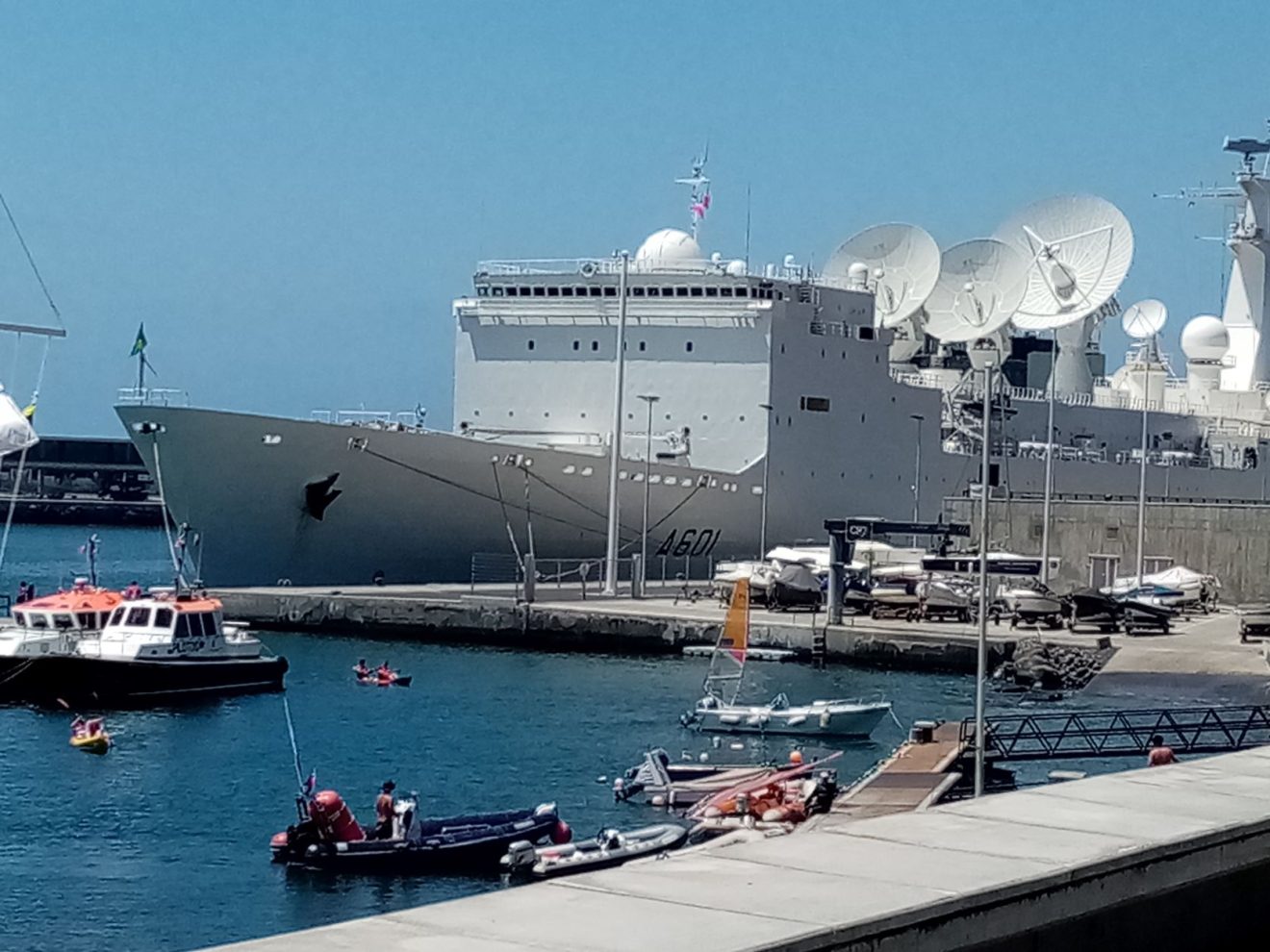 The representative of the Republic for the Autonomous Region of Madeira, Counsellor Judge Ireneu Cabral Barreto, yesterday paid tribute to those who were killed in the bombing of Funchal that took place on the 3rd of December 1916.

After the sinking of the three ships, the city of Funchal was then bombed for two hours, with the aim of destroying the submarine cable station, electricity generators, as well as the artillery batteries from “Quinta Vigia” and “Forte de São Tiago.”

During the bombardment 43 people were killed (33 Surprise Crew Members, 6 coal carries who were working on a Blandy owned supply vessel, 1 Blandy employee and 3 military personnel from Quinta Vigia.

The ceremony took place at the São Martinho cemetery, and yesterday the French naval vessel ‘Monge docked in Funchal harbour, with naval personnel attending the ceremony.

Monge (A601) was named after a 18th century mathematician called Gaspard Monge.  The ship itself is a missile range instrumentation ship which tracks and measures rocket trajectories, especially Araine rockets, which are ‘a European heavy-lift space launch vehicle developed and operated by Arianespace for the European Space Agency (ESA)’ – Wikipedia-.

She was launched on the 6th of October 1990, and entered naval service on the 5th of November 1992, and is based at Brest in France.