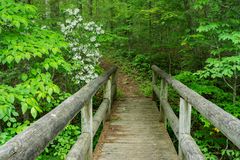 Miguel Albuquerque, addressed this morning, the issue of the new access plan rules which will be imposed in the most sought after tourism spots in the region; stating that it is important to listen to ACIF’s hospitality department who are responsible for the sector.  This comes after local newspapers and residents gave vent to their feelings, due to the recent chaotic traffic and general overcrowding of popular tourism spots.

Although, he does not view this as a dramatic situation, when speaking to reporters the President of Madeira said:

“Let’s listen to the industry. In other words, the ACIF hotel desk will be heard and make suggestions so that we don’t make decisions and say that it shouldn’t have been like that. I think that some adjustments need to be made. I don’t think it’s a dramatic issue, and its not worth making a drama of it.  It’s a question of common sense. As it is not possible for us to coordinate between the agents, we will have to impose rules, but we want to do it in accordance with the professionals.”

Cabo Girão, Levada dos Balcões, Ribeiro Frio and 25 Fontes are some of the tourism spots with the highest tourist overload ever identified by the executive, and Miguel Albuquerque also mentions the importance of stimulating the search for new routes, and highlighting those that are not so well known.

Concluding, the President of Madeira said that the plan should be implemented later this year. “If it’s to be resolved, do it now. It is not worth over-complicating something so simple.”