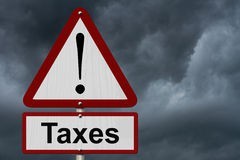 The Liberal Initiative (IL) was today “very optimistic” about a favourable vote by the PS to its proposal for a single IRS rate for workers who earn up to half the salary of Assembly deputies, stating that if this does not happen, it will be a ” enormous hypocrisy.”

“Today, many people linked to the Government affirmed that there would be openness to measures to combat the effect of inflation on income, so we are quite optimistic that this proposal can effectively pass something that will be a huge victory for all those surviving on low incomes,” said liberal deputy Carlos Guimarães Pinto, to journalists. He went on to say that the PS has criticised the single rate of IRS for a long time for supposedly benefiting higher wages, and I think it would be enormous hypocrisy, if at this time, it were to reject a proposal that focuses on those on low incomes.

The Liberal Initiative met today with the Ministers of Finance, Fernando Medina, and of Parliamentary Affairs, Ana Catarina Mendes, on the State Budget for 2022 (OE2022).

According to official information made available to the Lusa agency, the Liberal Initiative proposal aims to apply an IRS rate of 14.5% to all workers who earn less than €1,300 net per month.