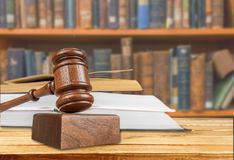 It was announced this morning by Councellor Judge, Ana Leal Furtado that the Court of Auditors (TdC) is carrying out an audit of the IVAucher programme, due to the deviation between the budgeted and actual paid values.

In a statement she said:

“I hereby inform you that we are currently carrying out an audit of IVAucher. For example, the deviation [between the budgeted and executed value] is very large. From the 200 million euros budgeted, only 38 million euros have been paid,” said Ana Leal Furtado, at a Parliamentary Budget and Finance Committee hearing, within the scope of the State Budget for 2022 (OE2022).

Ana Leal Furtado, who was heard together with the President of the TdC, José Tavares, responded to a question from social-democratic deputy Hugo Carneiro about the amounts budgeted in various items.

The counselor judge considered that “the audit is more than a matter of transparency, it is a matter of quality of execution.”

IVAucher was created in the 2021 State Budget to stimulate consumption in three of the sectors most affected by the pandemic, in which the taxpayer accumulated 100% of the VAT borne on expenses in catering, accommodation and culture, later being able to use the amount accumulated to pay up to 50% in new consumption in those sectors.