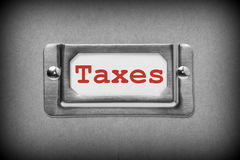 Tax Season – Procedures for the Declaration

Fiscal Residents must submit tax returns by the following deadlines to avoid penalties. For the current fiscal year, declare between 01 April and 30 June. Unlike in the past, there is now a single filing period whatever your sources of income or however you choose to submit your return. More silly rules cast aside thanks to Simplex!

Fines start at €25 for late submissions and go up as high as €2,500, depending on the level of coerciveness required to achieve compliance.

Question:  What happens if I present my IRS declaration late?

EuroFinesco:  All tax returns must be submitted by the above deadlines to avoid penalties. In the past, late returns incurred only a token fine. However, the law has changed and the fines have increased substantially.

Also remember that the fiscal year in Portugal corresponds to the calendar year (01 January – 31 December). British nationals need to be specially careful since their April-to-April “P 60’s” will not correspond to the Portuguese fiscal year.

All amounts must be reported in Euros, regardless of the original currency of the transaction. The equivalency in Euros of income in another currency will be determined by the following rules:

1)   The exchange rate received at the time of transfer.

2)   The prevailing exchange rate on the day that income was brought into Portugal.

3)   The prevailing exchange rate on the day that income became available.

If the above mentioned rates cannot be confirmed, the prevailing exchange rate on 31 December of the tax year should be used.

Question:  Even though I’m resident here, my pension is paid into the bank back home. Do I have to declare in Portugal?

EuroFinesco:  Yes. Where your income is paid is irrelevant. Neither where you receive it, nor if you spend it, nor the currency in which it is paid. What matters is that it is available to you. That’s what makes it taxable to you.

Question:  My bank interest is paid in GB Sterling. How do I report income?

EuroFinesco:   All income and expenses must be reported in Euros determined by using the rules specified above.

Income tax demands from Finanças are now due by 31 July with payment by 31 August. Late settlement leads to interest penalties and eventual liens on belongings or bank accounts until the fiscal debt is resolved.

Question:  When must the tax be paid?

EuroFinesco:   With demands to be issued by the end of July and payment due a month later, late penalties and interest charges may start sooner than in the past when tax was only formally owed 30 days after assessment notification.