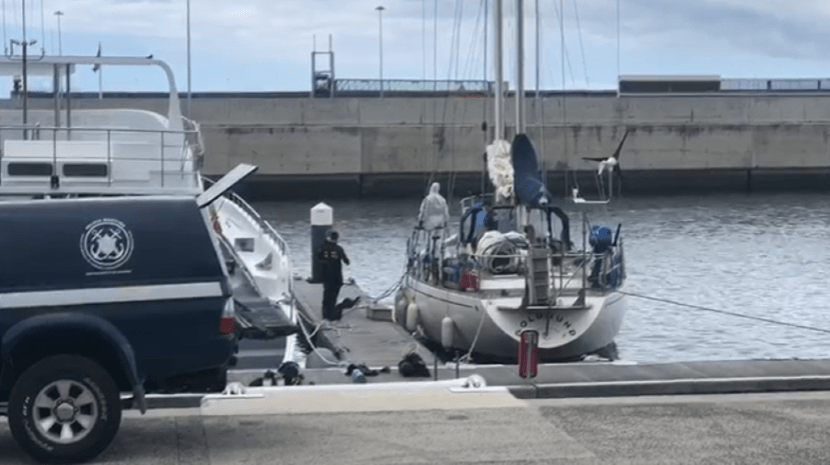 The trial of two Italians accused of belonging to an international drug trafficking network began today in the Comarca of Madeira, with one of the defendants refusing to give a statement and the other stating that he “didn’t know anything!”

Guido Consigli, 60, and Claudio Paradisi, 54, were arrested on the 25th of June 2020, at the Funchal marina, where they arrived on a New Zealand-flagged sailboat, Goldmund, from Martinique, in the Caribbean, carrying 326 kilos of ‘nearly pure cocaine.’

According to the indictment, the two were part of an international cocaine trafficking network, operating between South America and Europe, and, at the time they were detained by the Judiciary Police, they were aware that they were transporting drugs on the vessel.

Guido Consigli, owner and captain of the sailboat Goldmund, who is in prison, told the panel of judges, chaired by Fernanda Sequeira, that he will only make statements when he is in possession of the translation of the case into Italian, even though there is an Italian interpreter present.

Claudio Paradisi, who is wearing an electronic bracelet and has limited liberty, stated that he had “nothing to do” with the facts described in the indictment, and denies being part of an international drug trafficking network. He went on to say:

“That he didn’t know anything about the drugs on board, and that he only found out about their existence at the time of his arrest”  The whole thing he said, has “ruined his life.”

Claudio Paradisi, had been hired by the owner of the sailboat in 2019, worked as a mechanic and cook and had no knowledge of navigation, even stating that he was afraid of sailing across the ocean, but accepted the job because he was going through a hard time financially.

The first trip he made aboard Goldmund was in 2019, between Malaga, Spain, and San Salvador da Bahia, Brazil, after which he returned to Italy, in December of that year, to spend Christmas with his family.

He then flew to Brazil in January 2020, and started working again as the sailboat provided tours for tourists, but the work was affected by the Covid-19 pandemic and he was unable to fly back to Italy.  He went on to say, that he didn’t know when the cocaine was loaded on board, and that he never entered the stern compartment as it was not part of his duties to do so.

The seizure of 326 kilograms of cocaine in June 2020, was part of an international operation carried out by the Judicial Police in cooperation with the National Unit for Combating Narcotics Traffic (UNCTE), and is one of the largest carried out in Madeira. This seizure was only eclipsed by a drug bust two years earlier on a boat moored in the Calheta Marina, where 600 kg of cocaine were seized by the authorities.

The trial of Guido Consigli and Claudio Paradisi will continue on the 27th of October.