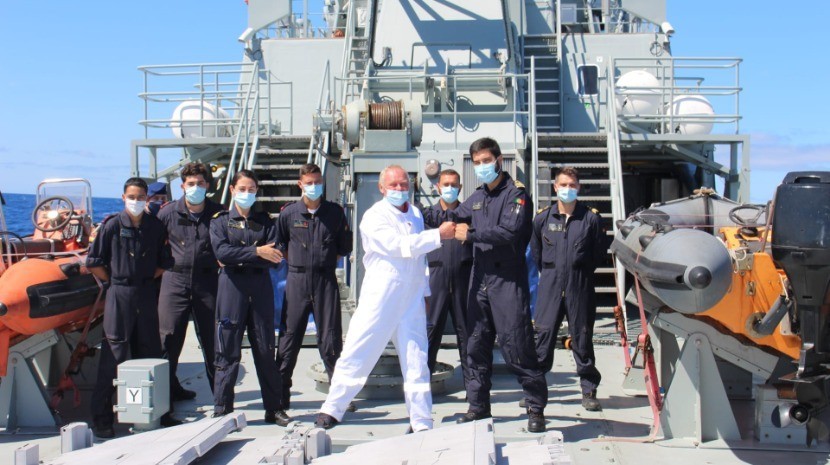 The Lisbon Maritime Search and Rescue Coordination Centre, in conjunction with MRSC Funchal, coordinated the rescue of an individual who was on a life raft belonging to Czech sailboat, Rogui II, which was sailing to Europe from the Caribbean.

In a statement the Portuguese Navy confirmed that “on Monday, the 17th of May at 17:30, a distress COSPAS SARSAT satellite signal emitted from an emergency positioning buoy (EPIRB), which sends an emergency signal when in contact with water, was picked up from a life boat 150 nautical miles, (227 km), northwest of Porto Santo.  The rescue was a combined operation using a Portuguese Air Force C295 aircraft, the naval vessel NRP Mondego, which is currently stationed in Madeira, and a fishing vessel that was in the vicinity.  The life raft was identified at 21:00, and the Air Force confirmed that someone was onboard.  The sole occupant of the life raft, a 64-year-old man, was rescued at 01:45 this morning.

The ship, ‘Rogui 11, sailed from the Bermuda Islands on Tuesday and as yet no details have been released about what went wrong.  However, at 04:00 this morning the ship was commandeered by the Portuguese Navy and was expected to arrive in Funchal harbour early this afternoon.