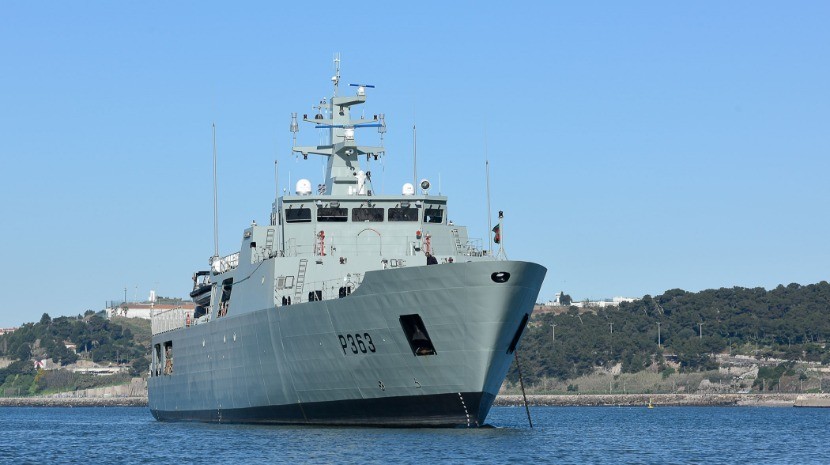 The Portuguese Naval Patrol Ship, NRP Mondego, docked in Porto Santo harbour this morning, and will undertake a series of maritime security operations around Madeira until 11th of June.  The vessel is commanded by First Lieutenant Lopes Monteiro and has a crew of 27 military personnel.

Part of its Madeira secondment duties include patrolling the waters around Madeira, carrying out surveillance operations within the area under the jurisdiction of the Madeira Zone Maritime Command, as well as supporting the Maritime Police and the Institute for Forests and Nature Conservation (IFCN) wardens who protect the Desertas and Selvagens islands.

The NRP Mondego has replaced the NRP Douro which set sail for its base in Lisbon yesterday.  The NRP Mondego will remain in Porto Santo until the 25th of March before sailing to Madeira.