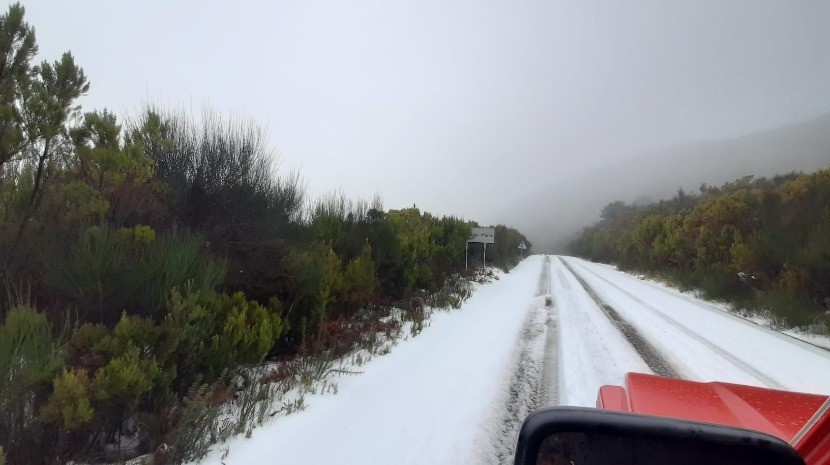 Since early yesterday morning, large numbers of people have been travelling to the island’s mountains to enjoy the snow, however, due to the conditions the Institute of Forests and Nature Conservation has closed several roads leading to the island’s highest peaks. As such, in addition to the closure of the road that connects Poiso to Pico do Areeiro, access to Paul da Serra, Achada do Teixeira and Fonte do Bispo have been blocked for precautionary reasons.

Furthermore, all levada walks are closed and residents and visitors are advised to stay away from all walking routes for the time being as they are considered dangerous after the bad weather.

As always, in their excitement many of the people travelling to the peaks were driving cars not suitable for such conditions, and several people had to be rescued by the Forestry Police; especially as the roads are littered with debris, rocks and subject to flooding after the torrential rains of this weeks storm.

Residents in Camacha have been told to stay at home. 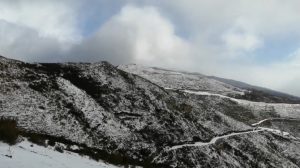 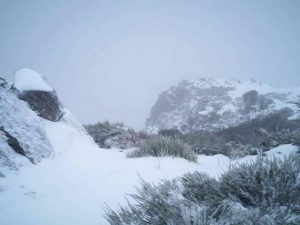 Photo’s and video courtesy of JM-Madeira