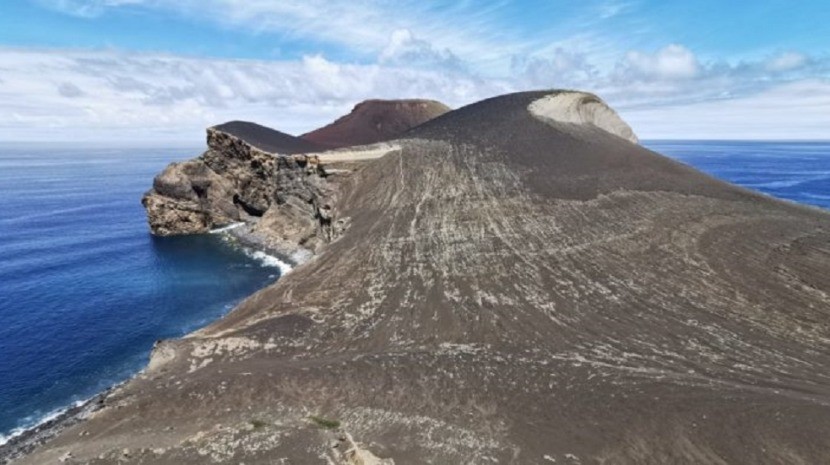 The former director of the scientific department of the American Space Agency, James Garvin, said today that the Capelinhos volcano in the Azores is “an open book” with the potential to become an exploration “laboratory” in respect of the volcanic system on Mars.

In a telephone interview with the Lusa News agency, James Garvin said that “we are able to see Mars on Earth through the Capelinhos volcano.” The volcano was used by NASA as a training aid for the exploration of the Mars landscape.

The expedition included scientists from the United States space agency (NASA), the United Kingdom and Portugal who studied the volcano that formed from the ocean bed in the late 1950s, under conditions very similar to those that would have occurred on Mars a billion years ago. James Garvin, who headed NASA’s scientific department between 2004 and 2005, said the Capelinhos volcano is “absolutely important” for planetary science and an “open book” for scientists. He went on to say that “there are very few places on Earth where we can view a volcanic system from birth to its later life. The Capelinhos volcano was the first that scientists from several countries were able to study carefully.”

For the scientist, the Capelinhos volcano should be “used as a laboratory” allowing the study of the volcanic system on Mars to see if  old records of life on that planet still exist, as its components and history could help us better understand the red planet.

James Garvin is now leading the DAVINCI + mission, one of four selected for investigation in the NASA Discovery Programme. The mission, a tribute to Renaissance artist and scientist Leonardo da Vinci, has Venus’s planetary course classed as ‘a piece of planet art.’ Although the USA has not studied the atmosphere of Venus since 1978 (the year of the last ‘in situ’ mission to the planet), James Garvin believes that it is only ‘a matter of time’ before we go back. Moreover, he believes that scientists “need to look at Venus to see our own destiny, and that’s why we want to go back. People need to return to connect Venus with Earth.”

Asked how it would be possible to connect two apparently different planets, James Garvin said he believed that “Venus may have had oceans with liquid water like Earth billions of years ago. We have not been able to prove this, which is why we need to go back there, with a sophisticated spaceship to discover some or all of its history.” He added that Venus may be “an absent ingredient” in planetary studies.

“What if Venus had life? What if Venus is a missing link in how the planet evolved and moved from the world of the oceans, like Earth, to worlds that are not, just like that?” To try to answer these and other questions, the DAVINCI + mission intends to analyse the atmosphere of Venus and understand how it “formed and evolved”.

As for the challenges that a mission to Venus pose, James Garvin emphasised that the key is “to choose the best engineering” and “to be intelligent, innovative and creative. When we go to Venus, we have to have special engineering and technology in preparation for the challenges that we will confront but which we cannot defeat. If we are able to do that, then we can go anywhere.”

He added, “Venus could be a trail blazer to prove that we can explore the most difficult places in space. If we send humans to the Moon, if we send robots to Mars, then we will also be able to send a robotic spacecraft to Venus.”

James Garvin spoke to Lusa as part of the 500th anniversary of the circumnavigation undertaken by Fernão de Magalhães, which takes place on tomorrow, Wednesday the 21st of October, at 4:30 pm, live via a digital platform featuring several renowned speakers including James Garvin.

While this mission probably has great potential, the cost will be substantial, and would this not be better spent on improving conditions on earth for all life on earth and an end to the destruction of our planet.