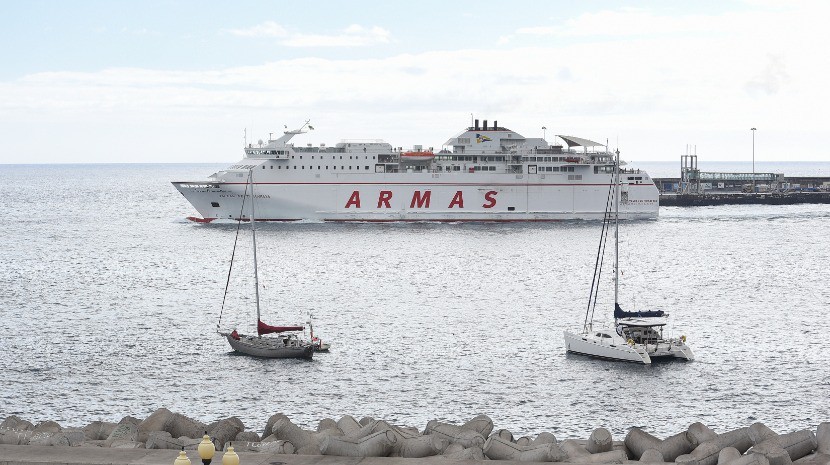 The Petition reads as follows and can be accessed online at https://peticaopublica.com/pview.aspx?pi=PT103264&fbclid=IwAR0kTKOdbseEWylcuVlIHSgvQNjWqnK9dY6H56ANKdbTNADeR5_1kTnHxsU

To:  Hon. Mr. President of the Assembly of the Republic

There is no maritime mobility between Madeira and the Continent, because there is no Ordinance to regulate the maritime mobility subsidy, approved in 2015 in the Assembly of the Republic.
For this reason, this petition was created in order for the Government of the Republic to fully comply with the aforementioned subsidy, which will certainly boost the interest of a possible ferry ship owner, making regular trips between Madeira and the Mainland.
We, the undersigned, consider that it is not acceptable to be only dependent on air transport that is duly subsidized by the State, but it limits people with certain diseases or phobias, freedom to transport personal and commercial goods, transport of domestic animals, etc. The great advantage of a robust, fast and comfortable ferry, transporting passengers, including with their vehicles, and round cargo, including perishable.
Maritime transport, desirably by ferry, is fundamental to Madeira’s socio-economic development, given that, the properly regulated maritime mobility allowance will be important, as is the case in other European islands, for example, the neighboring islands of Canary Islands.
Thus, and given that the State has an obligation to benefit the transport mobility of residents from its outermost regions to the outside, we propose that the Assembly of the Republic recommend to the Government of the Republic the issuance of the missing Ordinance, of the approved maritime mobility subsidy in 2015.
The “Petição Pública” website is duly certified, and protected with respect to regulations, by the National Data Protection Commission.
It is recalled that, in July 2020, the President of the Republic vetoed the right to petition for “Imperative of Civic Consciousness” the diploma of Parliament, which increased from four thousand to ten thousand, the number of signatures necessary for a Public Petition to be discussed in plenary.
All the more reason for residents of Madeira to sign this petition, which requires four thousand signatures accordingly from the population of Madeira.
Emigrants, nationals, and foreigners, who are not residents of Madeira, will not be covered by the referred subsidy, but will have the advantage of an alternative to air transport, in view of this, they are invited to sign the petition.
This petition converges to national and territorial cohesion, connectivity, sustainability, and competitiveness, of RAM and the Portuguese mainland.
Petition published on the 7th of October 2020, at 1:00 pm