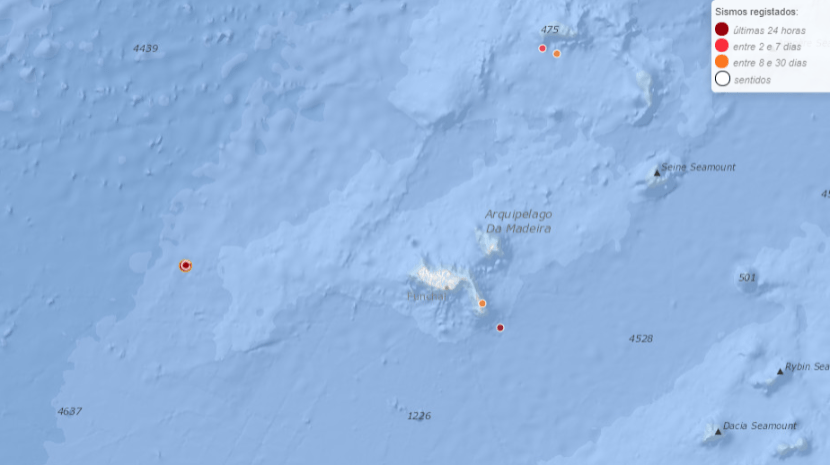 Two earthquakes were recorded just off Madeira within 24 hours confirmed the Portuguese Institute of the Sea and the Atmosphere (IPMA).  The first earthquake occurred at 11:27 am on the 19th of August, southeast of the Desertas, measuring 2.4 on the Richter scale. A second, slightly bigger earthquake, measuring 2.7 was recorded just over an hour later at 12:40.

Apparently, neither of the earthquakes would have been felt by the population.