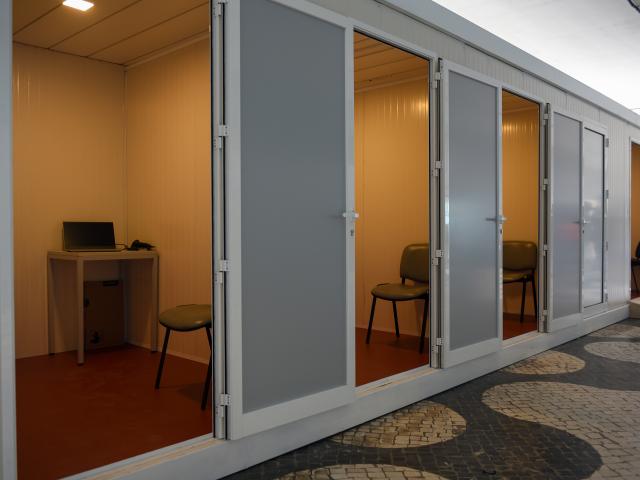 A total of 425 passengers, on flights from Lisbon, Porto and the Azores, disembarked this Wednesday at Madeira Airport, on the day that the new Polymerase Chain Reaction (PCR) testing controls were introduced to screen and test those who have arrived without a PCR test certificate. Of the 425 passengers, 243 were screened at the airports new testing facilities.

After being tested at the airport, the results must be reported to passengers within 12 hours. Until then, those tested in Madeira must wait for the island’s health authorities to contact them, and they must remain in voluntary confinement either at their hotel or place of residence.

Madeira Airport is now able to perform 250 Covid-19 screening tests per hour, but as this is a “very dynamic” process, ministers have said that they will have to adjust their testing capacity to meet demand.

Whilst talking to reporters Herberto Jesus, the President of the Health Administration Institute (IASAÚDE said “when we feel that it is necessary to increase our testing capacity, we will increase it. Currently, the system is coping with the demand.” He went on to say that they predict that more and more people will have their PCR tests carried out in their countries of origin as per International Association of Air Transport (IATA) recommendations.

Moreover, the re-organisation of the airport, ensuring that passengers are controlled from the moment they disembark to the moment they step outside the airport is working. The ‘blue line’ route is for all those who require testing, while the ‘green lane’ is for all those in receipt of a valid PCR test carried out in the last 72 hours. The only exceptions are for children under the age of twelve. The President went on to say that “the first day had gone well and he was pleased at how the testing had been carried out, which he says, guarantees the security of both those who live here and visitors to the island.”

Concluding he said it was a ‘happy day’ for the Autonomous Region of Madeira’ as the airport information was adequate and that the tests had been taken in record time.