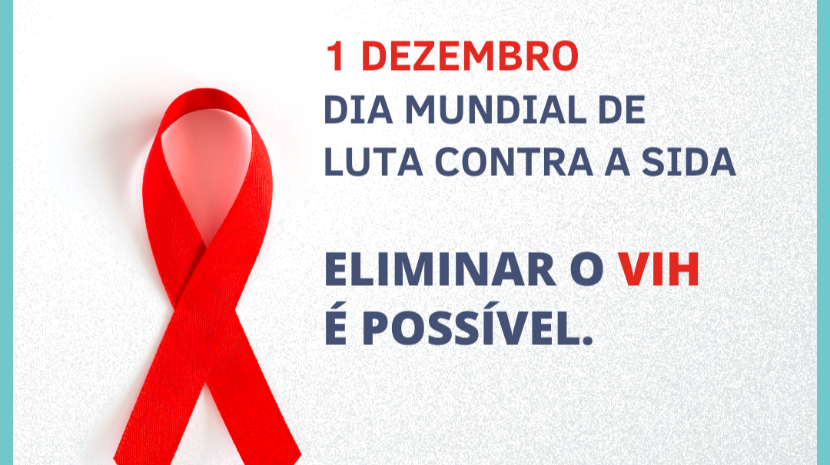 These figures were released by the Regional Secretary of Health, Pedro Ramos, as part of the seminar “Ending inequalities. Ending Aids,” which took place yesterday in the Madeira Electricity Museum – Casa da Luz auditorium.

Rubina Leal, Honorary President of the Delegation of Madeira of the Portuguese Foundation ‘The Community Against AIDS,’ which promotes preventative action and health literature, confirmed that World AIDS Prevention Day, is tomorrow, the 1st of December.

Both Pedro Ramos and Rubina Leal reiterated that despite all the hard work over the last 30 years there is still so much more to be done in both treatment and AIDS awareness, with Rubine Leal reiterating that much more needs to be done early on, and that prevention is better than cure.

Currently, there are two hundred and thirty AIDS patients undergoing treatment, which represents an investment of two million and seven hundred thousand euros this year.

However, the DRS believes that AIDS can be eliminated. In a statement they said:

“It is intended that on the 1st of December, the community at large and professionals around the world will come together to raise everyone’s awareness of the HIV/AIDS problem and encourage progress in prevention and treatment. Combating this infection will only be effective if there is joint work at all levels: individual, family, community, and political.  We need to adopt safe behaviours, which is further supported by information, training, and education.”

Therefore, to prevent HIV infection, the Regional Directorate of Health reaffirmed the importance of adopting safe behaviours, the use of condoms, male or female, in all sexual practices, and not sharing drug-related paraphernalia.  Also, they advised women who think they are at risk to take a test, especially if they are planning on having a baby or are pregnant.

“The prognosis of HIV infection can be greatly improved through early diagnosis and treatment. There are medicines that prevent the multiplication of the virus, delaying the appearance of disease HIV-positive individuals, which allows for greater quality of life for all those affected.

For more information please discuss this with your family doctor or health centre or via https://www.madeira.gov.pt/drs/Estrutura/DRS/ComissoesRegionais.