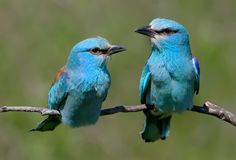 The 22nd Madeira Ornithology Championship began yesterday, the 26th of November with the arrival of the first birds at Escola do Galeão, São Roque.  The event is organised by the Ornithological Association of Madeira (AOM).

In a statement, the Organisation Committee confirmed that there will be 42 exhibitors and 755 birds on show.

Unlike other years, general public opening hours have been extended.  These are:

A spokesperson for the organisation said that its “members remain united, showing their strength and above all, passion for the sport.

Even in a year of controversy, regarding the way in which the laws that determine the continuity of some of the sections (exotic, psitacídeos, parakeets, among others) have been applied and adapted, the figures remain encouraging and allow the Organising Committee to continue to work towards the possibility of Madeira hosting an International event.

José Baptista, a member of the organising committee and AOM secretary says that expectations “have been exceeded due to the number of competitors and birds. Personally, I am pleased with the organisation of the event. The quality of entrants is good as are our exhibitors.  The event like all events is now evolving in several aspects, even with the change of venue, and we are now developing closer ties with the local community as we continue to host this event in São Martinho.”

It should be noted that for the next two days (28th and 29th) all birds present will be judged and evaluated by CTJ/OMJ judges.