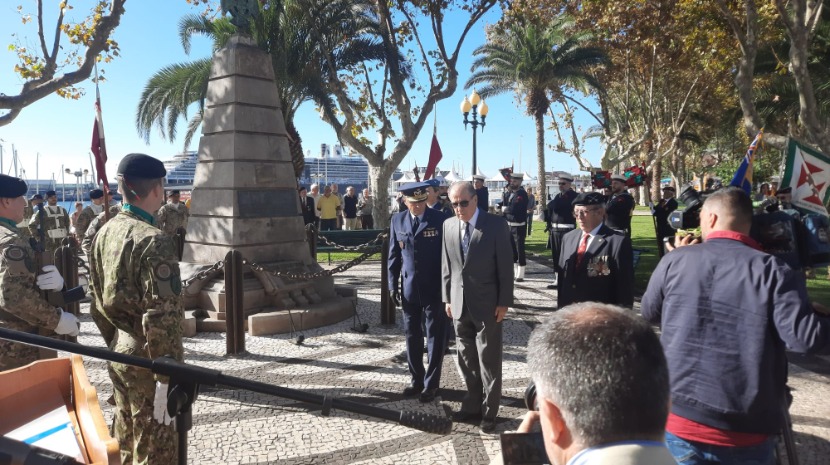 “Who would have thought that in 2022, in the heart of Europe, one sovereign state would be invaded by another?” Asked the representative of the Republic, Ireneu Barreto, today at the Great War Armistice Day ceremony. He argued that, “we cannot allow this primary annihilation of a people and a state and that support for Ukraine is absolutely essential.”

During the ceremony, Ireneu Barreto focused on two aspects he considers essential: the Armed Forces’ professionalization and the military’s future. With regard to the former, he said it was important that the three branches are equipped with adequate operational means for the proper performance of their function, which in turn will strengthen the armed forces as a whole. He admitted that there is still much to be done.

The ceremony was attended by José Prada, representing the President of ALRAM, Government representation was overseen by Susana Prada, while Councilman Bruno Pereira attended on behalf of the Municipality of Funchal.