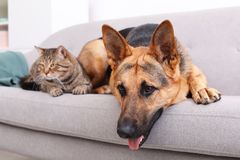 The initiative started on Saturday the 30th of July, in the parishes of Serra de Água and Ribeira Brava, and ended on the 6th of August with the veterinary team visiting Tabua and Campanário.

In total, 512 animals were treated (342 dogs and 170 cats). In addition to vaccination and deworming, all new animals were microchipped, licenced and registered.

Mayor Ricardo Nascimento, who is a keen animal welfare advocate is in full support of the campaign, which he says, allows the municipality to help local residents provide necessary veterinary care to their companion animals, stating:

“By helping the municipality’s residents, we improve the well-being of dogs and cats, thus contributing to our public health.”

Even so, the Mayor believes he could do much more if the municipalities in the Autonomous Region of Madeira could access the national animal welfare support line, which is included in the Republic’s Budget and only applies to mainland municipalities. A discrimination that he neither understands nor accepts, since the funds would be enough to carry out more campaigns and build a kennel or Official Collection Centre in Ribeira Brava.

“I think that the measures that were created in the country regarding the animal cause should be available to everyone and not just a few,” stressed the Mayor, defending “an increase in support to municipalities to be able to invest in companion pet care. Even with a limited budget, the Municipality will continue to carry out vaccination and animal awareness campaigns and has recently approved a regulation to support families who adopt abandoned animals in the custody of the Municipality of Ribeira Brava.”